Public Domain and Free Fonts For Personal and Commercial Use 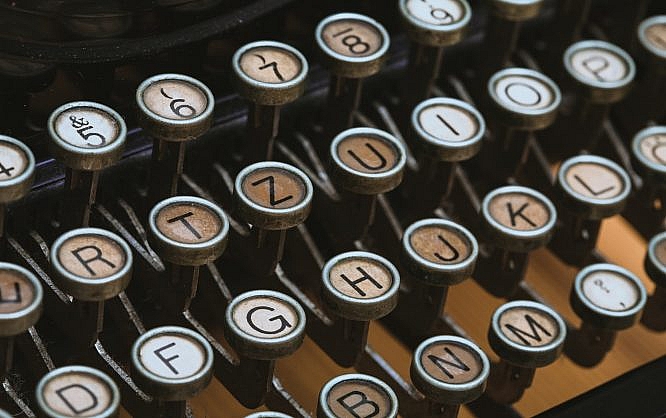 Working on your branding, social media posts, or any sort of marketing effort? You probably need a good font that fits your budget. Here’s a selection of 100% free and public domain fonts you can use for both personal and commercial needs.

Public domain fonts, or open typographies, are all the fonts that are not only free to use but also open to edit, customize and modify, as well as redistribute.

On the other hand, 100% free fonts are made available by the authors to use for both personal and commercial use, but should not be modified or redistributed.

If you need a free font for your marketing purposes, whether it be a display font for a sleek landing page, a new logo, or even social media posts, this selection’s got you covered.

We separated the fonts into four different categories, so you can choose by style.

Serif fonts are a classic choice: they are one of the oldest types of typography and are characterized by the extra swooshes and details at the ends and “feet” of letters.

Serif fonts date back to the 18th century when stonemasons still carved letters in rock. They that your brand is established and trustworthy, but also traditional and refined.

Plenty of world-known brands use serif fonts, such as Vogue, T Mobile, Sony, Volvo, and many others.

Check out these free and public domain serif fonts you can use with no extra weight on your budget.

This is a very noticeable font you’ve seen a thousand times, but you probably don’t realize that. It’s an Open Type proportional serif typeface, that was mainly created as a more contemporary and sleek alternative to the Times font family.

What’s great about this font is that it has more than 2,000 glyphs and encompasses the Greek and Hebrew alphabet, as well as the Cyrillic script. If your branding efforts need to be translated and used internationally, consider using this font.

And if you still can’t remember where you’ve seen it: it’s the Wikipedia logo.

Bodoni XT is a newer, reworked version of the classical Bodoni font, that dates back to the late 18th century when it was created by the Italian type-designer, printer, and publisher Giambattista Bodoni.

The original Bodoni font is used by fashion mega-brands such as Calvin Klein and even the Vogue magazine. Bodoni XT was modified by designer Manfred Klein, and is slightly more condensed and has longer feet.

Sansita Swashes is a newer, less famous, but definitely more playful typeface than the previous ones on this list. It makes a great font to use in the beauty industry or food packaging. It has a hand lettering feel to it, but it’s precise and elegant.

Oranienbaum is another, more modern Antiqua style font (same as Bodoni), with a high-contrast and well-defined features. It is a typeface whose look is typical for type designs from the early 20th century and characterized by pronounced serifs and contrasting geometry. It is created by type designer Oleg Poslpelov, with the art direction and publishing of Jovanny Lemonad.

This eroded and fancy-looking font looks nothing like pretzels but has a slight nod to Gothic typeface design and Bavarian aesthetic.

The eroded effect makes it look old and mystical, but the generous spacing and width of the letters balance it out to result in a clean and elegant design. Keep in mind that it only has uppercase letters.

The last free serif font on this list is leaner and sleeker, but perfectly legible and stylish. It makes a great display font, and the gentle extra swooshes allow for it to be paired with any sans serif or script font. It is also an internationalized typeface with all sorts of glyphs and symbols, so it can be used in a selection of languages other than ones using the Latin Alphabet.

Whereas serif fonts are elegant, traditional and playful, sans serif fonts are the face of the contemporary, minimal and clean design. The difference is in the name: the “sans” part means that they don’t have the extra swooshes and ornamental additions on the letters’ endings.

They give off a sense of approachability, youthfulness and corporate design.

This luscious Art Deco-inspired vintage font comes in all uppercase letters and a bigger height. Since there are no lowercase letters, if you use it for web design or headings, you’ll need to pair it up with another font for your body text. However, used on itself as a display font, in packaging, poster design, or even as a logo font, it looks very retro and impressive.

The Bebas font, created by designer Ryoichi Tsunekawa, is perfect for headlines, captions, and titling. It’s also a commonly used font since the whole Bebas font family is available on online design tools such as Canva. But, that shouldn’t discourage you from using it yourself: it’s subtle and sleek and makes a great font for all your web design and social media post needs.

This cool (excuse the pun) font is built from scratch even though you might think it’s a variation of the more famous, classical Helvetica. It’s aesthetic is based on American chain store logos from the 1960s, an era when everyone was modifying Helvetica. Coolvetica successfully manages to mimic that style, but with a tighter kerning and funky curls, as the author Typodermic Fonts notes. It comes in four styles: regular, condensed, compressed, and crammed.

When the designers behind this font named it bold, they really meant it. This bulky typeface is noticeable, but clean, and will make a great headline or logo font. It has perfect circular shapes and a geometric base, similar to Art Deco fonts. Keep in mind that you might need to pair it up with a lighter and legible secondary font to balance out the noisiness of the design.

If the previous font was heavy and noticeable, Kiona is quite the opposite: contemporary, light, sleek and very elegant. It’s a very modern sans serif type, that will fit beautifully on luxurious packaging, logo design, or even collateral designs.

Possibly inspired by the Kenzo logo font, this fashionable font is characterized by rough cuts and geometric shapes. It’s slightly condensed but still lavishly designer, and will make a great font for both headlines, digital marketing ads, and even print design.

The Varicka font is yet another example on our list of typography that came to be from the industrial Art Deco movement of the 1920s. Flowy vertical lines and geometrically defined diagonals lend it a classy charm, but the sans serif nature of it makes it perfectly clean and legible.

A script font is a typeface that mimics handwriting, most often in cursive, and calligraphy lettering. Sometimes script fonts are based on personal handwriting, while other times they are made from scratch to just imitate a certain style. Nonetheless, both versions look elegant and flowy, and script fonts are known to be used in more creative, feminine and playful designs.

Thumbellia Test looks like the younger, more childish cousin of the Instagram logo font—it’s playful and very obviously mimicking cursive handwriting, but the legibility and distinguishable qualities are there. It makes a great font for a company in the beauty industry, fashion, or anything related to children’s products.

Instead of mimicking an ink or pen texture, Alita Brush looks exactly like it’s been written with a painter’s brush. It’s an urban, youthful and hip typeface, that will fit great on ads and posters.

Here is a font that is perfect to pair up with a stern-looking sans serif, and offer a feminine touch that will shake up the corporate look for sure. The Boardy is a bit harder to read, so it’s not recommended to use it as a primary font, but put it as a secondary and more ornamental font and you’ll do wonders to your design.

The Stella script font by Sudarman Mulkais the digitized format of the designer’s handwriting, and is a perfect choice to use if you feel like creating a logo or stationery that is supposed to mimic handwriting. It is dynamic and gentle, but probably not fitting as a header font or in web design body text.

Decorative fonts, as the name clearly tells you, are more ornamental and often include texture, three-dimensional design, or additional ligatures. They are a pretty addition to any design but keep in mind that the background and other design elements you’ll include with them have to be minimal, in order not to overwhelm the complete look of your design project.

Misto is a quirky font that looks both retro and futuristic at the same time; the oval-shaped circular letters and the bold vertical lines have a Bauhaus-style likeness, but the cleanliness of the design looks like it would fit a Dune poster.

This clean and simple sans serif font has an extra trick up its sleeve: it’s designed as a wooden 3D frame signage typeface. So, if you want a vintage Americana look or an industrial early 20th-century style typography, this one’s for you.

The last entry on our list of free and public domain fonts is Deadender, which has unique imitations of Art Deco metal parallel metal rods and curved angles. It’s a very noticeable and decorative font, so use it sparingly.

Photo by camilo jimenez on Unsplash

Home » Public Domain and Free Fonts For Personal and Commercial Use