The definition of font psychology and how to use it 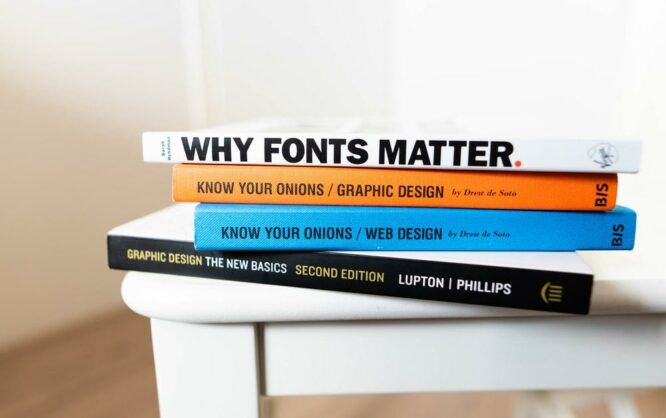 What is the psychology of fonts?

Most people are more engaged in visual content, less writing (a phenomenon that psychologists call the effect of visual imagery), looking like a text (like a font) on a brand font psychology in logo design, advertising, and other products that are important for brand recognition. That brand memory lowers writing content.

Not only the modern look of the text is an essential factor for branding, but the old look of different fonts can have a psychological impact on the viewer. Having changed the style of the typeface, having made it more emotional and tighter, the designer can change the beauty differently to the brand.

For example, a bank that wants to convey to its customers a sense of stability and decline can choose a traditional serif typeface, and a tech start-up can choose a futuristic sans-serif typeface so that clients embrace it as innovative.

They convey a business mood and are almost universal fonts. However, it should be borne in mind that direct font will be inappropriate for non-mass and original products that need to be distinguished from competitors. It may seem tedious and faceless if you do not beat it with an unusual color scheme.

They are mainly used in the design of advertising industrial products, technologies, and social advertising. Lightness and simplicity are inappropriate here. These fonts are designed to adjust a person to the seriousness of the information provided. They give the impression of importance and authority, so they are designed to attract business partners and investors.

They convey a sense of comfort and coziness. When square fonts look strict, rounded ones are positively perceived as a good attitude of the brand towards consumers.

Most often used to advertise products that target the audience of girls and women. Italic fonts evoke a feeling of lightness and beauty. This is how beauty salons, clothing, and cosmetics stores advertise. Italics facilitate the perception of information, and it looks less important. Therefore, notes and the author's digressions are highlighted in italics.

What is script font definition? Script psychology definition is that they have a unique element of fluid stroke attached to them. In layman's terms, it is writing using a brush while connecting letters. They were mainly used for print packaging, signage, and advertising. Not suitable for outdoor advertising and slanted fonts - they are challenging to read if you choose a large font size. At the same time, they are great for emphasizing the exclusivity of a product or service. Handwritten fonts are used for advertising legal and consulting services, medical practice, and writing invitations during political PR campaigns.

The visual rhetoric of the text

Text documents mix both visual and verbal rhetoric. Verbal rhetoric refers to the actual textual information and affects the reader's ability to understand and perceive the content. Visual rhetoric involves the visual elements and forms the overall impression of the document. Graphic elements in the text can activate the semantic imagination - they form individual semantic connections between blocks of text, more broadly explain what is said in the text, or form content that is not related to what is presented in the text.

Recent research shows that the emotional state of readers is the result of user experience. The perception of the font depends on the level of knowledge. The headset directly affects the external text on the screen or the document. Depending on the amount of text offered to the reader, choosing fonts that improve the positive attitude and perception of what is read is necessary. Psychologists say that in a state of happiness, the process of human thinking expands, activating creative thinking. When a person is optimistic about shopping, he ignores the inconvenience of the interface. And the choice of inappropriate fonts can cause negative emotions, accompanied by a critical assessment of your site's user interface.

An attractive interface evokes positive typography emotions and is perceived more efficiently, producing a sense of harmony in visitors.

The main rule: Choose a font pair before you start the design.

This will allow you not to be confused in size in the future, not to think about what font to use here and how to use it here. It is better to define it once (which heading you use, the subheading, and their dimensions) and then apply it in your layout.

With the advent of user-friendly web fonts, the opportunity to improve your site has become even more accessible. But many fonts can confuse not only a beginner - which one is right for you?

The site is the text. When we visit a page, much of the content we come up with is text.

What happens on the page in terms of font pair? When we visit the site, we see many combinations of text. We see headlines. We see some main text. We see some captions and some notes next to them. We know the date. We see "today" written in a completely different font. This font is also different from the title, for example, and here it is. And how to combine it all correctly is a question.

The main rule is sufficient contrast. Not too big, not too small - the one we need here and now. And 4 tools for creating pairs of fonts - the so-called four ways, four tools that we can influence the contrast.

Also Garamond and Verdana. It is one of the golden rules of font selection definition. When selecting a font pair, you can use such established pairs as Garamond for headings. Verdana is a perfect font for typing the main text - it is comfortable to read. At the same time, Garamond is quite expressive for headlines.

Proxima Nova and Palatino - on the contrary, we use Proxima Nova headers - is a font without serifs.

And Palatino can be used for some book sets, sets, maybe articles. Palatino + Proxima Nova

Another example is PT Sans and PT Serif. These are fonts that are part of one typeface, that is, so-called fonts of the exact nature. That is Sans in the title, Serif in the main text.

What is the beauty of using a headset as part of a font pair? The fonts are similar: they were made by one author and have a single concept. They have, of course, differences in the image - there are notches, there are not, but they are very harmoniously combined. Helvetica + Times.

Perception of the font as part of the logo

Only 6% of international brands use a picture as a logo. 56% use a combination of text and images, and the symbols of 37% of the remaining brands are inscriptions. Thus, the vast majority of companies use text when creating a logo. Font values should not be neglected, and enough time should be devoted to creating a logo with a font that best communicates the brand philosophy to the person.

The best font for perception

63% of the fonts used in company logos are serif-free. The most popular among them is Helvetica. This font is used in 21% of logo inscriptions.

Helvetica is considered the best font for perception.

Where to get fonts?

To sum up, try to remember the following:

Though people react to visual culture emotionally, designers can manipulate the psychological reactions of their gazers, sensing the choice of design characteristics, such as colors and fonts. The development of the psychology of fonts in marketing is becoming an important area of research and practice in branding and advertising.

Although it was the prerogative of great corporations, small businesses now recognize the value of stowing the psychology of emotional typography in marketing and brand design. It has been brought to light that different fonts are poured into the psychology of a person, and the deacons of hard fonts are to inspire the building to change the taste of life. It's not surprising that brands are beginning to hire designers so that they can be smart, understand the psychology of fonts, and know fonts that evoke emotion.

For designers, that company's understanding of the psychology of fonts is the key to molding how to remember the brand and how customers accept it. It is also true that the word strength in different fonts is different.

I am a content writer. I am really interested in writing different articles, and discussing topics. Web design is my other passion. Creativity, inspiration - it's all about me.

Home » The definition of font psychology and how to use it