84
SHARES
ShareTweetLinkedin
Frequent readers know. Starting from January cartoons have found their place here at Noupe, too. Our series "If Web Designers Were ..." has become popular quite quickly, and our readers keep submitting their favorite client situations. Thanks and keep going. Some of the submissions, while funny, cannot adequately be described in the format of "If Web Designers Were ...". That's why we decided to add another series named "The Book Of Web Design: Clients' Standard Quotes". You are about to see the second cartoon of it. The following quote is another short and crisp one. Designer Dario Volaric sent it to us. It describes one of his most frequent openers into a conversation (and the most frequent ending ;-)) 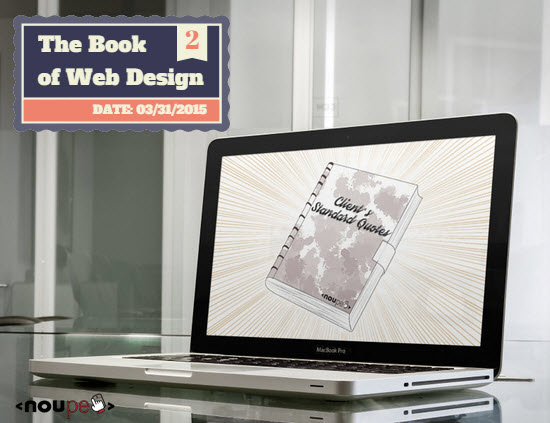 (Image of the Notebook: PlaceIt, Illustration: Petereit, Composition: Canva) Clients always tend to stretch their orders to ultimately get more out than they put in. Paying little, getting lots is a wide-spread philosophy these days. Designers have to cope with that. The only way to actually secure yourself from delivering too much work for too little money is having everything fixed in a written contract with added written extension orders for every piece of work not initially having been part of the contract. But even then, you will fall prey to your client. They might not even intend to hurt you. Blame it on their unbelievably great ignorance. They cannot measure the value of your work as they are unable to figure out how difficult it actually is. Please, don't lower your prices out of pity, won't you?! Our little cartoons will help you eradicate ignorance once and for all. Collect them and show them to your clients as needed. I’m sure they’ll understand immediately. 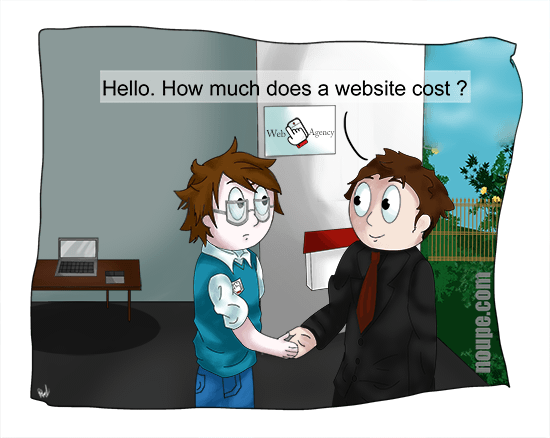 Now that's a great start into a long-term partnership. Not. The client in our little cartoon here sports the time-efficient approach to getting things done. Might be David Allen himself? He's not one to pussyfoot around. A man's gotta do what a man's gotta do. Let's not beat around the bush. Throw me a number and we're good to go. As long as the number is a two-digit one, that is. Hey, designer. Say bye to this guy faster than you said hello...

Want Your Favorite Quote as a Cartoon?

YOU are the designer, and YOU know all these stories. Tell us your favorite citation via the form below, and you’ll probably find it in the form of one of our upcoming cartoons. Note that only the text area is mandatory. You don’t need to tell us your name and email address if you don’t want to. If you do we will attribute you below the cartoon, we might derive from your entry. Cartoons are scheduled for a weekly release.