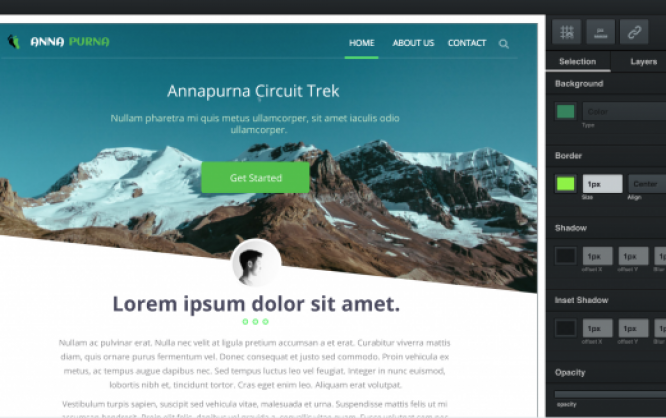 Vectr is a brand-new graphic software from Taipeh. The founders have been secretly working on the ambitious project for almost two years. Two days ago, they ended the beta stage and released the software into the wild.

Vectr does not aim to be less than the Google Docs of vector processing, and a superior rival to Inkscape. In fact, the feature set is impressive. Vectr can be used as a web app, or as a downloadable app for Mac OS, Windows, and Linux. The functionality is identical. Under Chrome, the web app is capable of working offline. The team is currently working on the creation of integrations with Slack and WordPress. Then, Slack can be used for visual communication. Via plugin, you'll be able to edit graphics directly within WordPress. Generally, Vectr is suitable for any 2D graphic, making it a rival to Canva, which we introduced you to here. Similar to Canva, you'll find predefined layouts of the large social networks in Vectr, and all that's left to do is fill them with content. However, Vectr is far more capable than Canva, which is impressive, especially considering that it's free. In contrast to Canva, Vectr does not only aim for the group of presenters, bloggers, and social media users. Vectr is even powerful enough to solve complex tasks. [caption id="attachment_78077" align="alignnone" width="640"]

Vectr's UI Seems Familiar. (Illustration: Vectr)[/caption] For web design, the ability to directly implement Vectr graphics into your designs is fascinating. When you then edit it with Vectr, changes made are automatically updated on the website that uses the graphic. Handy, right? As you probably already thought, the name lets you draw a conclusion regarding the used technology. Vectr works based on vectors, and not on pixels, putting it on the same line as Inkscape or Illustrator. One of the nearly finished core features is the option to work on the graphics in teams. This is supposed to work in real time, just like Google Docs.

Vectr: Where is the Business Model?

Vectr wants to stay free forever. There is no way to know if there will be charged extras in the future. Vectr already successfully completed the first round of seed funding. This brings up the question about the business model sooner rather than later. Thoughts on this are already coming up. Shortly, there will be a marketplace in which you get to share, sell, or buy designs. The marketplace will be fully integrated into the editing interface so that the buying process can run smoothly while editing a project. Overall, the team behind Vectr is very ambitious, as you can tell from the massive roadmap, which lists 55 very demanding features, that will supposedly get taken care of anytime soon.
46
SHARES
ShareTweetLinkedin