The Case of Viral Nova: Going Steep in a Month

8
SHARES
ShareTweetLinkedin
Business Insider recently published a provocative article titled "One Guy Figured Out How To Make Millions In 8 Months — Here's Why He Might Auction His 'Easy Money' Startup Away". The article discussed the story of Viral Nova, a website that hardly has any unique content, but gets millions of unique visitors every month. Thus, the news that it was on sale was both shocking and interesting to me. The question is, how did Viral Nova become this popular, why is the owner wanting to sell it off, and more importantly, how can one replicate its model? In this article, we'll be discussing possible answers to these questions. 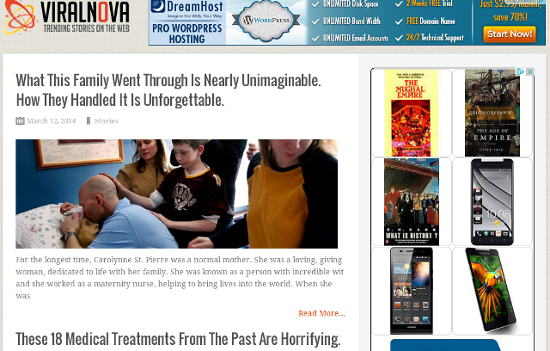 The Case of Viral Nova: Going Viral in a Month

Just in case you haven't heard of Viral Nova, it's a rather simple website that focuses entirely on the click and share model. As such, Viral Nova thrives on page views; and speaking of page views, it had been getting millions of them—right from its inception in May-June last year. Generally, articles on Viral Nova tend to have a very catchy heading—“This Might Look Really, Really Adorable. But When You See What Happens Right After… OMG!” and “You Wouldn’t Even Notice This Walking By. But Take a Closer Look And… WHOA. Seriously?” Articles on Viral Nova target users of popular social networks, especially Facebook. In fact, if you are an avid Facebook user yourself, there's a good chance you've seen Viral Nova’s enticing headlines. In addition, Viral Nova has no originality in its content—it simply grabs content from other websites, and links to the source. Since the website does not own any of the content that it shares, it has a DMCA notice in its footer. Over on Facebook, Viral Nova has a mighty 1,300,000+ likes on its page. According to Business Insider, the website’s founder, Scott De Long, made over $400,000 in December 2013 alone. At this point, one wonders: if Viral Nova is so popular, why exactly is De Long selling it off? Well, there are two possibilities: 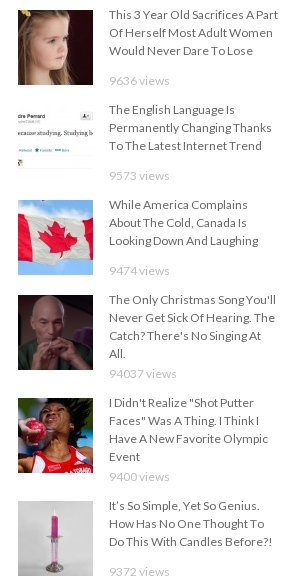 Viral Nova is not the only website in its genre. In fact, this “copy popular content and re-post” model is followed by numerous popular websites out there: Distractify and Bored Panda are notable examples. Even BuzzFeed relies primarily on non-unique content. Keeping in mind the success of all these websites, this niche is obviously ultra profitable. So, should you enter this niche? Well, that's for you to decide! But, just in case you do decide to create your very own website that earns AdSense revenue while you're busy doing other things, here is how you should proceed:

With websites such as Viral Nova, you need to make sure that your domain name is simple and catchy. Since it will be both your brand name and the name of your Facebook page, you need to keep it as straightforward as possible. Additionally, considering the fact that names like "Bored Panda" have also become popular, I suppose it's fair to conclude that the domain name, in itself, isn't the most important part. The target audience of such websites includes people who like going through lists and sharing them on Facebook, so any name that's simple yet attractive will do the trick. In terms of web hosting, pick a host that provides multiple offerings, such as shared, dedicated, and VPS. Since the success or failure of your website will depend directly on the amount of traffic it generates, your web host should be one that offers easy plan upgrades so that you don't have to worry about website migrations—just in case your site gets very popular.

Much like Viral Nova and Bored Panda, your website will need to accumulate (and not create) content from different sources. Look for some of the most popular articles on Viral Nova and other similar sites to get an idea of what's successful and what isn’t. Since most of these enticing-headlined articles are not time sensitive, you can dig deeper within the archives and check out older posts as well. 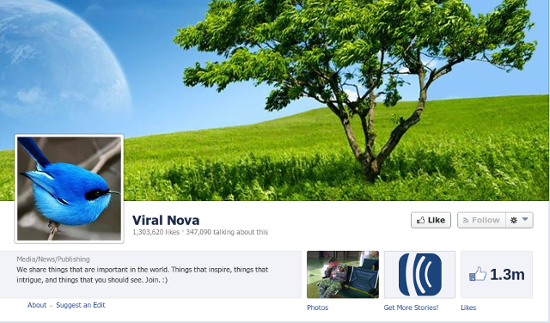 At this point, the role of the social networks becomes extremely important. You can't ignore Facebook because—despite all its flaws—it's still the biggest player in the social networking segment. Pinterest and Tumblr are important ones, and having a Twitter handle will come in handy as well. Reddit and StumbleUpon will also be good picks. Networks such as Google+ or LinkedIn might not be of much use for such websites, simply because the general user base at G+ is way more refined than that at Facebook. Of course, if you're keen on features such as Authorship or Publisher info, having a Google+ identity will be good. But by all means, your primary focus will have to be Facebook and/or Tumblr.

In terms of promotion, the best bet will be to target the social networks. Assuming Facebook to be the source of your traffic, you can employ Facebook Ads to promote your posts. By running multiple targeted campaigns, you can easily boost and enhance the popularity of your posts—thereby attracting a new audience for your website. Obviously, this will require a budget. In order to properly promote your website, I would say you will need no less than an initial investment of $1000. In the absence of proper advertising or promotion, your website will fail to attract new users. Again, the $1000 amount is just a rough estimate. You can also consider ads on other social networks too, but Facebook will have to be the focus of your marketing campaign—simply due to the size of its user base.

Lastly, and most importantly, if you're actually serious about entering this niche, you need to act NOW! The thing is, such websites are pretty hot right now. Going by the traffic stats of Viral Nova, and its competitors, it is obvious that there is plenty of room for growth. But, as more and more players enter the niche, there will come a time when users will lose interest. Many Facebook users will then simply start ignoring newer pages, and just choose to stick with the ones they're already following, such as Viral Nova. As a result, you need to start quick. Then, once you get started, you also need to keep yourself updated about what's working and what isn’t. Not all posts will go equally viral, so you will need to learn from the mistakes and stick to content that gets maximum page views.

There are many folks who will not want to create a website such as Viral Nova. For one, the ethical motives are questionable—the content is definitely not yours, and the websites are re-posters at best, and scrapers at worst. Even more so, while you might be able to find a workaround with DMCA and other issues, the legality of such re-posted content remains dubious too. But come to think of it, a good number of popular tumblogs, over at Tumblr, are mostly re-posted content and nothing else. In fact, the content over at Viral Nova and other similar websites is hardly anything beyond click-bait articles. Yet, as Viral Nova has shown, there's good money to be made, and that is a reason big enough for many people to give this model a shot. Personally, I wouldn’t wish to enter this niche. Keeping the ethical and legal talk aside, I already have too many websites and projects on hand, so adding another one is a tad difficult. Even if I were to make time for it, I don't really follow Viral Nova and/or other such sites on Facebook, so I will have a hard time relating myself with my audience. Oh, also, the hyperbole in the headlines of such websites annoys me—“This Post Will Literally Blow Your Mind OMG!” Thank God someone feels the same. Yet, all said and done, there are millions of people who like to read and share this content, and as a result, catering to their needs and getting paid in ad revenue is probably not a bad deal. So just in case you ever wish to get started with this model, be sure to follow the ideas discussed above! What do you think of Viral Nova and other such websites? Share your thoughts with us in the comments below! (dpe)
8
SHARES
ShareTweetLinkedin

Home » The Case of Viral Nova: Going Steep in a Month