Design Contests: The Pros and Cons

9
SHARES
ShareTweetLinkedin
One of the biggest hot buttons for designers is the subject of design contests. The mere mention brings murderous comments from most, and the belief that these contests are devaluing the entire design industry. So, are these contests the death rattle for the average freelancer? Is there a bright side to the dark side, or does the design industry have to change to meet the same fate retailers faced when online shopping started gaining popularity? Here's the pros and cons of the new crowdsourcing. What's Out There and Why?

There are at least a dozen design contest sites out there, each one boasting that they are the number one site for the needs of businesses, large and small. Designcontest.com certainly has the right URL to be found by those looking for an easy and cheap solution for design work, but the top site has to be 99designs.com. 99designs now has offices in several countries, using several different languages to cover the globe. Sometimes the contests on 99designs are confused with the news of logo redesigns, such as the recent 30 logos in 30 days by Yahoo!. Some mistaken designers believe Yahoo has hired 99designs to redesign their logo, but the truth is, 99designs has sponsored the contest for fun and bragging rights among their registered users and they are not related in any way to the Yahoo! redesign. If I know 99designs, it was actually a smart marketing ploy to draw attention to their services for larger companies like Yahoo! and perhaps the hope that one of their winning logos might be purchased by Yahoo! as the solution to the redesign. You have to hand it to them on the smart-o-meter. Designcontest.com did the same with the recent redesign of the Starbucks logo, opening up the chance for members to show what they can do with the iconic logo. Design contest sites function on the premise that a client can choose a price they are willing to pay and then, within a few days, have dozens -- sometimes hundreds of designs to choose from, and BINGO! -- they have their logo, or web site, flyer, T-shirt, or whatever creative thing they needed designed for a small budget. 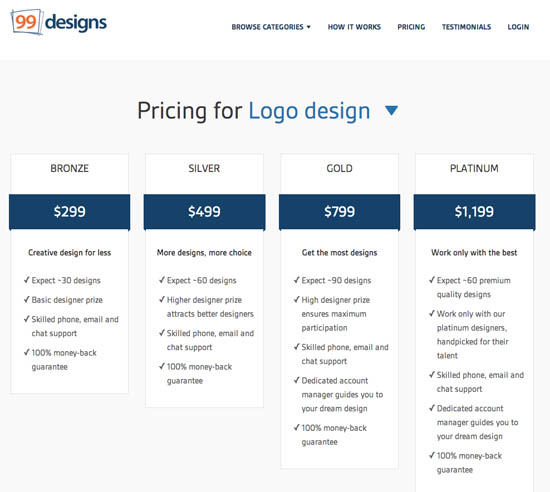 The pricing list for 99designs. The fees are the highest of all contest sites, so, if you're willing to take the chance, you stand to make out well... or not at all!

Crowdspring hasn't proved it's the "World's #1 Marketplace," as far as I know, but it's interesting that it touts "intellectual property protection," as well as "custom legal agreements." The big question is; just whom does the agreements protect? The designer or the client... or both?

$5 logos? 2 "OUTSTANDING, High Quality and Professional Logo... for $5?" With the care of grammar like that, imagine what the designer might do to "Starbucks" with a foolish typo! 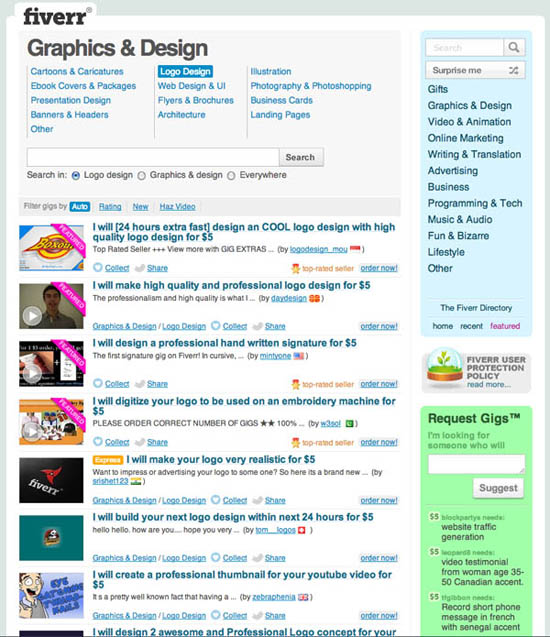 I wonder what a "very realistic" logo looks like? I'm willing to gamble $5 to find out.

Aside from the utter hatred expressed by the design industry, claiming the prices are too low, and that clients of these contests, "get what they pay for," perhaps the best evidence of the downside is on the very pages of these sites. Can a logo or any branding design be done in such a way, with a fill-in form to explain a company brand and needs? Are these solutions truly copyright free and able to be trademarked? Most professionals disagree, claiming that clip art and dingbats used in many of these logos are not copyright free and therefore will cause problems for the purchasing company down the road. 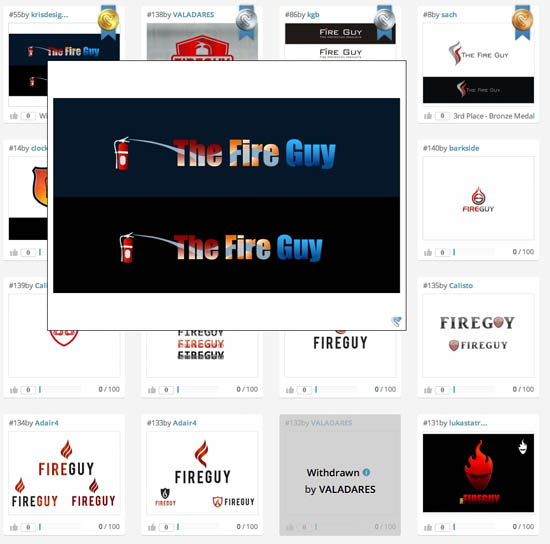 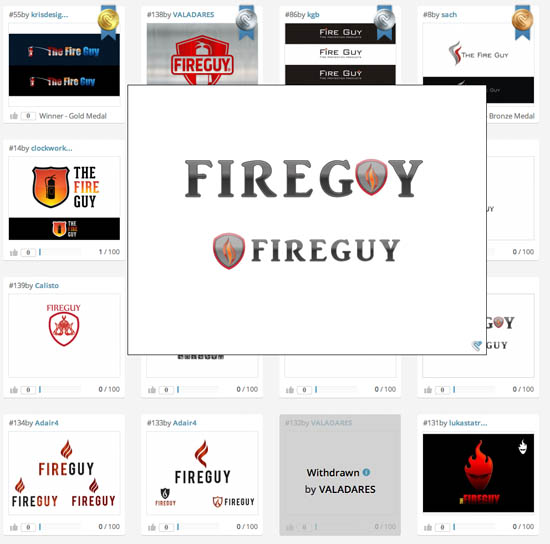 It's the Fire Goy! Specializing in servicing orthodox Jewish homes on the sabbath. The reddened vagina is, however, a mystery to me. 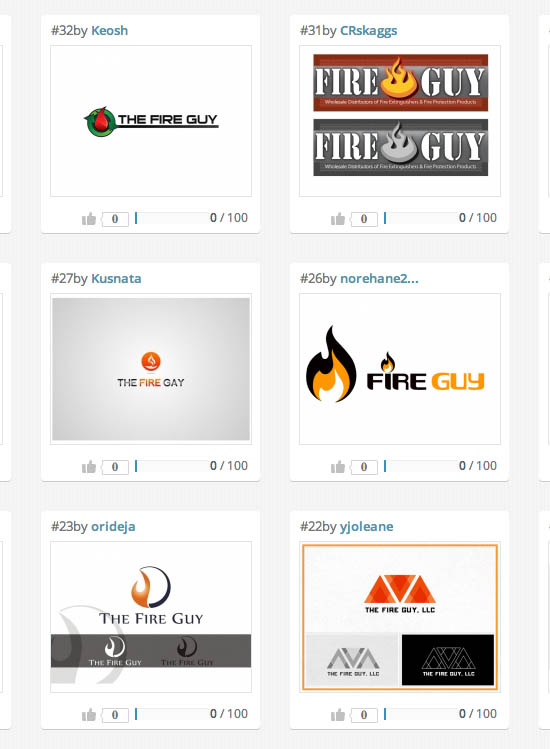 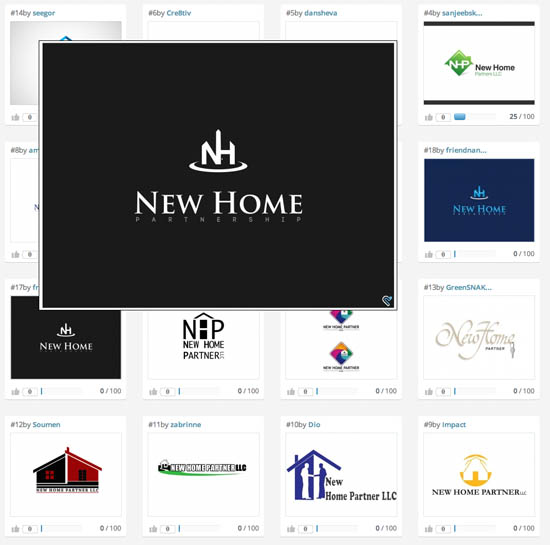 Perhaps New Home Partners will change their name to "Partnership" so they can award the prize to this design? 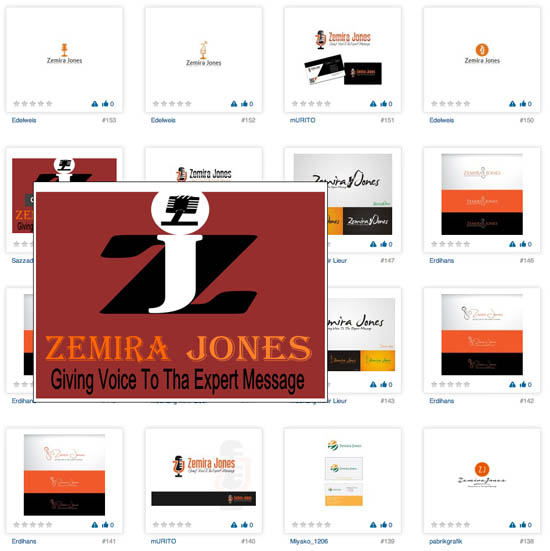 Your logo should get tha message across! 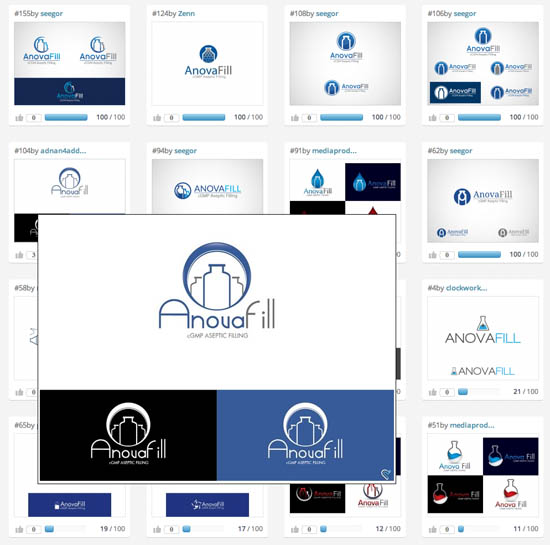 I believe that Anovaf is feeling ill. The serious question is; would the client actually notice this kerning nightmare? 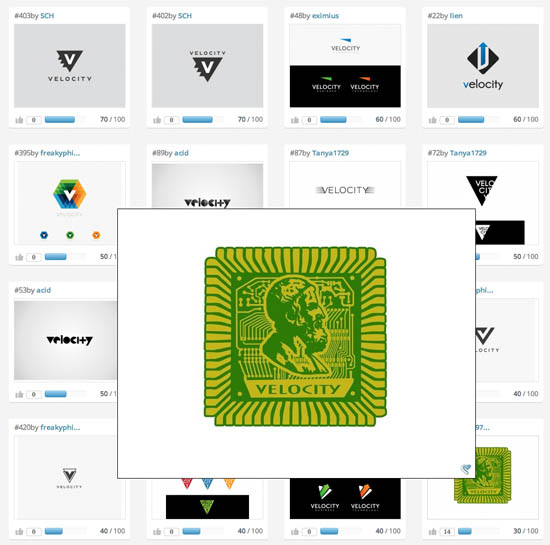 Nothing says "Velocity" like an ancient Greek postage stamp. This, fellow designers, is your competition. Is it really that much of a gamble if you entered two or three logos?

About half of responding designers say that design contests are no threat to professional design because clients who see the value of a profession designer, and the importance of proper branding would never use these sites. There is a nasty rift as some designers accuse the competing designs as "nooks" and wannabes" who are no competition for their level of clientele, and laugh away any thought of working with a client who believes the rates they spend on a design contest are fair and professional. It is true that a company that feels it can only pay a couple of hundred dollars for a logo will not pay any more, even to a local designer who might charge ten times the rate on a design contest site, but assure the client that the logo is brand relevant and can be trademarked without the fear of copyright problems coming up in the future. If designers admit that most freelance logo designing is a long, and painful process with clients who say, "I know what I'll like when I see it," but never se it when designs go into over a dozen versions, and the constant overshadowing of non-payment, design contests at least offer a pick-and choose process, where three logo versions stand as good a chance as any to be chosen by the client, who has pre-paid the fee. Yes, the losers gain nothing, but, judging from the number of non-payment horror stories that abound, there are too many losers in the freelance process. One just has to decide, taking into consideration the price of the prize, the competition, and their own abilities, if the contest route is best for them. For many new designers, the process offers some lessons and professional samples, as well as possible income. A controversial belief among designers and nationalist alike, is the question of opening such work to a global marketplace. A designer in a country with a lower cost of living (COL) can afford to take a chance on entering a contest as the prize, should they win, will cover expenses for a week to a month for a family, as opposed to a fee of several hundred dollars for a designer in America, and other more developed nations. Design, it seems, can be outsourced like many industrial professions. It hurts, but, as many designers say, it doesn't really affect clients who understand that great professional design is something that has to be done through a relationship of parties that can work closely together to create a strong brand. Unfortunately, there are companies that don't think of branding as an important part of their marketing. Of course, who says they have to stay in business or survive among their competitors who know the value of branding in their marketing? Top image ©GL Stock Images (dpe)
9
SHARES
ShareTweetLinkedin