Webydo vs. WordPress vs. Wix: Who Wins The Web Design Race? (Infographic)

The web design industry is changing. Web design was once dominated by hand-written code, using tools that were pimped text-editors at best. Then tools evolved to help web designers spare some of the repetitive tasks of hand-coding and support them more by offering auto-completion or syntax-highlighting. It’s only since a few years that we see tools which are able to achieve much more than that. A new generation of website builders has arrived to help people not only stint on coding but dismiss it completely. But, not all website creators are equal. Webydo, who wants to be the center of your web design business, has teamed up with visual.ly to show the state of the industry as of today in a comprehensive infographic. Lets’s take a deeper look into it. It’s worth it… 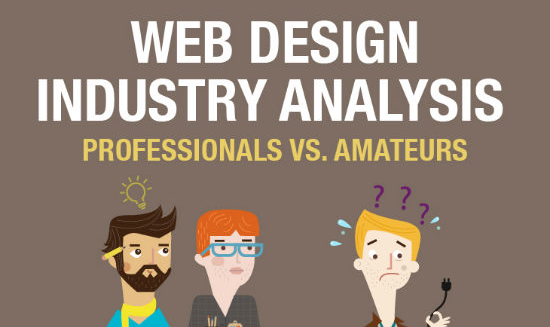 Noupe’s readers know Webydo. Only a few months ago we reviewed the service thoroughly, pointing out all the differences to other resembling services. Shortly afterwards, we published a showcase of professional websites created using website builders. Webydo got featured, too.

Our conclusion was absolutely in line with Webydo’s claim. Other than services that look similar at first sight, website builder Webydo focusses on professional designers, not more or less ambitious amateurs. In the following infographic, Webydo presents the results of their own analysis of the web design market in humorous and catchy manner.

According to Webydo, the design market ran double tracked up to now. On the one side we had amateurs trying to fiddle together their own websites, most of the times unsuccessfully. On the other hand we had the professional duo, consisting of designer and developer, together accounting for 74% of all websites, with 16 million websites added to the web monthly.

The do-it-yourselfers are responsible for the creation of a small percentage of 3% of all websites. This percentage could be higher, yet amateurs fail in 98 of 100 cases to actually publish their websites on domain. According to Webydo, these DIY users are the people being targeted by website builders in the likes of Wix, Squarespace, Weebly, Jimdo and others.

On the professional side of the table, the situation differs. Here we have the designer, the mastermind of brilliant looks. He (or she, of course) puts together a fantastic prototype of a site using his favorite pixel or vector editor, such as Photoshop, Illustrator, InDesign or a combination of all of these. 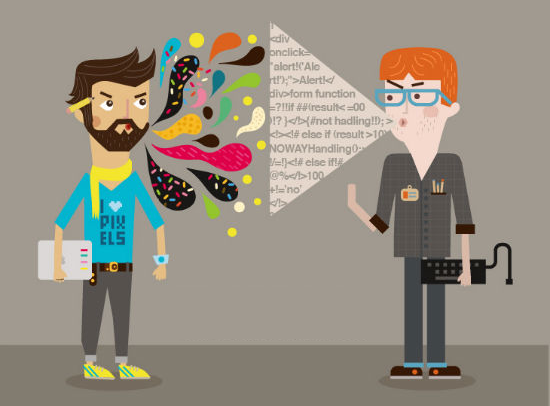 Then he hands over the prototype to the developer. The developer breaks down the design into what a popular CMS, eg. WordPress or Drupal, is able to process. According to Webydo’s research, up to 70% of the whole budget goes to the part of manual coding. Only 30% stays in the designer’s pocket.

This is the starting situation for Webydo. Webydo wants to enable designers to reclaim a fair share of the web, while at the same time speeding up the process and opening the market of those 45% of businesses who even today do not have a website yet.

I know of quite a few designers this approach will definitely appeal to. Webydo says their number is as high as 38 million professionals. If Webydo will be able to establish itself as the third pillar in the formerly two-pronged industry has yet to be seen. Today, web design is more or less equal to WordPress, as far as professional websites are concerned. A 59% share will not be conquered easily. On the other hand, the potential of 38 million creative professionals shouldn’t be underestimated.

Now see for yourself. A larger version is available over at Webydo directly. Simply click on the infographic and we’ll take you there:

Home » Webydo vs. WordPress vs. Wix: Who Wins The Web Design Race? (Infographic)