Know When and How to Ask For a Pay Raise 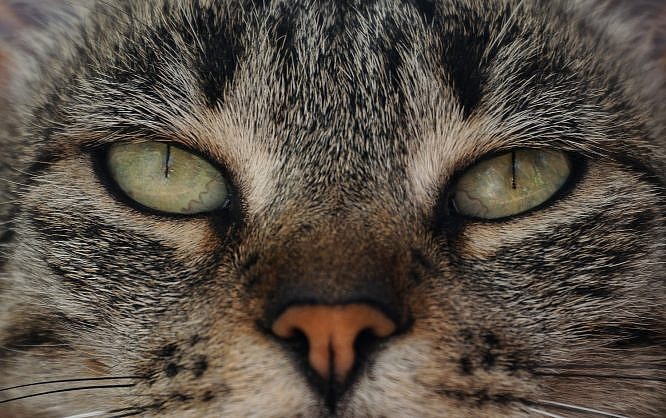 That might be an exaggeration, but only slightly. But when it comes to knowing how to negotiate a raise like a pro, it’s only a slight exaggeration. The truth is ‘when’ often plays a bigger role in the success or failure of a proposal than the ‘what’ or ‘how’ part of the equation. What’s most important is to be at the right place at the right time. Be lucky.

Roman philosopher, Seneca, put it eloquently when he said, “Luck is what happens when preparation meets opportunity.” But when the opportunity comes knocking, it can sometimes be difficult to hear the knock amid all the other noises around you.

Let’s take a look at the factors that should be in place for when you ask for a pay raise. Then we’ll consider ways to use these factors to your best advantage.

Why do You Want a Salary Raise?

Presumably, you negotiated your salary or agreed to the company’s offer when you first came on board. Something has happened since then. Something has changed.

The change could have come in the status or position of your company: it has secured new investors, has been purchased, has merged, has downsized, or grown significantly.

The change could be an external factor: the local or national government has passed new regulations easing the company’s tax burden, new developments have made the price of a material or service you count on significantly cheaper.

Or the change could have come in you: you have been with the company for over a year and are thus more experienced and more qualified than the person who signed the employment contract over a year ago, you have taken courses or training sessions and you now have more qualifications.

Whatever factor has motivated your decision to negotiate a pay raise, it is important to understand that you are setting a precedent, you are defining expectations.

If you base the negotiation on the fact that the company has improved its market share or profits significantly, what will happen when the company loses market share or when they see a dip in their profits? You have now established the precedent that this is grounds for a reexamination of your salary.

If you base the negotiation on the fact that you are now more qualified thanks to the additional training and experience you’ve gained, this may set the expectation for you to continue, every year new training courses and accreditations. This may be in line with what you want. It may not. Be wary of how you set precedent and how it could come back and bite you when the shoe’s on the other foot.

Do you want a salary raise? Or do shifts in the buying market and/or the job market dictate that you deserve a raise? Or has something changed in your life to the extent that you now need a raise?

It is important to understand the difference and know just what the motivating factor is.

Of the three options, want, need, or deserve, you have a much better chance of receiving satisfaction from the negotiation wanting a pay raise, more so than with either needing or deserving. Simply put, need and deserve are too binary. You’re painting both you and your employer into a corner. It becomes dangerously close to an ultimatum right from the start.

Additionally deserving a pay raise is arguable. You may have statistics that show you are underpaid, but it may be equally as easy to find data to the contrary. Your claim of deserving a raise can be disputed.

On the other hand, wanting a pay raise is subjective. It is not arguable. It is not open to fact-checking or data to support the claim. No one can reasonably argue that you don’t want what you say you want.

Furthermore, when you need a pay raise, you are placing yourself in a no-win situation. Either your employer does not grant you what you need and the strain in the relationship between the two of you is now irreparable. Your employer does not even have the opportunity to make a counter proposal, perhaps give you something that does not meet your exact ‘needs’ but is appealing in other ways. Meeting a need is binary; the need is either met or it isn’t.

A want, on the other hand, is more amendable. It is possible to not satisfy a particular want yet satisfy another without causing irreparable harm to the relationship or leaving the negotiating table completely unsatisfied.

Approaching the negotiation with the mindset, and the rhetoric to back it up, that you want a raise rather than need one or deserve one significantly increases your chances of being satisfied.

What Are the Ambitions of Your Company?

The salary a company offers to fulfill a particular position reflects the value they place in that position and it also reflects on the company’s ambitions. Are they happy operating with a budget in the lower tier of their sector? Do they strive to be leaders or forerunners in their field?

By proposing a salary raise, you are allowing the company to reevaluate their ambitions, to reconsider how much they want to invest in their company.

It shouldn’t be hard to find an example of a competitor that pays a higher salary for a similar position to yours. Is your company comfortable not being at the front? Perhaps your company also wants to give you a raise when it’s put to them in terms of acting on their ambitions.

What Can They Afford?

The chances are that following a positive change in either you or the company (as mentioned above) and by you coming to them wanting a salary raise, they will want to make you happy. They will want to give you a raise. Don’t give them a reason not to. Don’t make it hard for them to comply.

To avoid this, you’ll need to have a decent idea of how well your company’s doing, notably in relation to the previous year, and how well their project doing going forward. Sources for this kind of information vary from company to company with also varying degrees of reliability. Expressing interest in the health of the company you work for is rarely discouraged, even if it’s known ahead of time that the information will be used to negotiate a salary raise.

You can request sales figures and projects from a sales manager or accounting information from the accounts department. Often, direct and honest inquiries offer the easiest solutions.

Getting an idea of how well your company is doing in relation to the last time your salary was discussed and how well they expect to do going forward will allow you to set a reasonable amount to your demand, one that the company should be able to meet.

You could go to the negotiating table armed with stat points and statistics that justify your demand. It’s better to be prepared with these arguments rather than not be prepared.

However, when you enter into a data-driven argument, you are presenting the case on its merits, on what you deserve. This is far easier to discredit or counter than basing your argument on what you want.

If you have done your research and know what your company can afford. You should not need to venture into a discussion of what you deserve. Entering into a data-driven argument does not play to your advantage. Simply stating what you want should be enough to provoke your employer into action.

Though, often the employer will want to offer data-driven arguments as to why it is not a good time to consider a pay raise. It is often to your advantage to keep the argument about what you want, rather than what you deserve or what the market dictates. You can invite your employer to analyze the data to find a justification for their decision. But the data will not change what you want and is of little import to you.

What you want is indisputable and you have the knowledge that they can afford to give you what you want.

It boils down to timing and framing. Voice your demand after a significant change in either you or your company. Find out what your company can afford or what kind of investment their ambitions could inspire. And present the salary raise as something you want rather than something you feel you need or deserve.

With this framework in place, you are creating a scenario in which it is easy and appropriate for your employer to give you satisfaction and are, thus, optimizing the chances of a successful negotiation.

Home » Know When and How to Ask For a Pay Raise