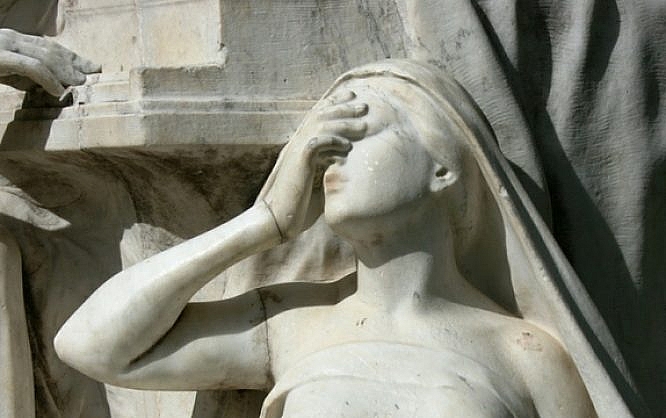 Project Muze, the new fashion experiment created in a cooperation between the companies Zalando and Google is well worth seeing. It might not do justice to the Zalando slogan "cry for joy". But I cried nonetheless. [caption id="attachment_77962" align="alignnone" width="640"]

Project Muze: Even the Muse is Astonished. (Foto: Pixabay.com)[/caption]

Can the Machine Inspire Your Clothing Style?

Project Muze may be great when looking at it from an academic level. Here, Google tries to display an example of applied machine learning. The project is supposed to be some type of muse for your clothing inspirations. https://www.youtube.com/watch?v=m7TSPdu9fFQ Sounds interesting, eh? This sure is a rather unconventional way to get to one's own clothing design. All the algorithm asks of you is to answer a couple of questions that only deal with clothing in a peripheral way. The gender question seems feasible, although the answer won't necessarily be evident when looking at the result. At this point in the process, I didn't know that. In the further progress of the "design process", I need to classify my mood, name my taste in music, as well as enter my favorite type of art. In the end, Google believes that it has gathered enough information to be able to give me a personalized clothing suggestion. This is the result: [caption id="attachment_77959" align="alignnone" width="640"]

This is Supposed to be My New Look? Interesting. (Screenshot: Dr. Web)[/caption]

Cry of Surprise: I Can't Accept This!

Well, tell me what you think. Dieter wearing feminine pyjama pants, basically topless, and cluttered with black crystals? Seriously? Not even the most progressive stage director of any opera house in the world would make up something like that. And they do come up with some esoteric stuff often enough. I thought I might just be difficult to classify, so I looked through the gallery of already existing drafts of other muse interviewers. And, what should I say? It's not looking any better over there. Judge for yourself: [caption id="attachment_77957" align="alignnone" width="640"]

The Most Recent Trend Shows That Targes Are Back in Fashion. (Screenshot: Dr. Web)[/caption] Two green targes are floating freely before and behind my upper body, while a swirling pattern is making my shirt and pants look like a colony of laevorotary bacteria, basically the Activia of overgarments. The attached targes remind me of the prime of the guillotine. Robespierre sends his greetings. Or take a look at this design: [caption id="attachment_77958" align="alignnone" width="640"]

What Are You Supposed to Call This? A Generous Design? (Screenshot: Dr. Web)[/caption] This looks like it could be taken from a gender-mainstreaming version of the Avengers. But nobody would put on something like this voluntarily. The bloomer-like bodysuit might prove to be quite comfortable on the couch after work. However, it doesn't matter how long I think about this, I simply can't wrap my head around what the strange cape, which is also able to float, is supposed to do.

Do You Really Have to do Everything That's Possible?

Either I just don't spend enough time in the world of modern fashion, which is certainly possible. Or this Google Experiment is just straight up garbage. Of course, Project Muze is based on Google's TensorFlow, which is a library for machine learning, and is most likely very challenging technologically. Zalando's 600 fashion experts also contributed significantly towards the predictive decisions based on current trends. From a technological standpoint, we most likely can't address reproaches to the agency Stinkdigital either, which also worked on the realization of the website. The result of all this effort is, simply put, unnecessary, and a good example that proves that you shouldn't do everything just because you are able to do it. I'm sure you'll understand that I won't get any more "inspiration" regarding my clothing style from Project Muze. That should be in the interest of all of us.
16
SHARES
ShareTweetLinkedin