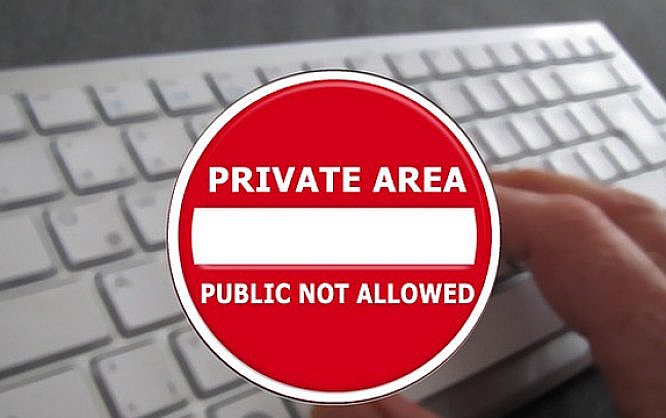 Internet safety is a sensitive topic that is discussed now and then, but most of the time, it is neglected. Nothing will happen to me; I won’t get hacked, that only happens to others. However, it is very simple to use the internet more safely. That’s why I’ve composed a list to allow you to surf through the depths of the web a bit safer on any device. Of course, a lot of the things I mention on this list aren’t new, but that doesn’t mean they have been etched into the user’s memory already. Maybe, I can still surprise you somehow. 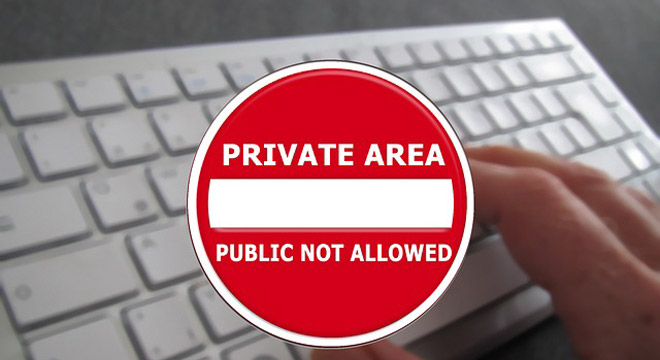 Your files are invaluable! Aside from you, nobody should have access to them unless you authorized it. Additionally, you should always keep the possibility of theft in mind. This mainly affects your smartphone, tablet, or notebook. Thus, these devices should always be protected with a password or a PIN. Don’t use patterns or something similar, as they are too easy to figure out.

If your device is stolen and not protected properly, the thief has access to all of your information. He can look at your photos, post them on Facebook, check your WhatsApp conversations, send messages from your phone, and so forth. That’s why you need to use a safe password.

2 – Always Keep an Eye on Your Notebook

Your laptop is a precious item. By that, I don’t mean the price, but the amount of data that you stored on it. Just imagine your most private photos in the hands of someone unauthorized. Or your confidential business information. What a catastrophe! When you use your notebook on the go, it could happen that you leave your notebook unprotected for a short moment in time.

I strongly advise you not to do so, as thieves only need a few seconds to steal your device. If you don’t use a very safe password, or if you didn’t encrypt your harddrive, the thief could empty your bank account, use your social media accounts, and so on. Thus, always keep an eye on your notebook, or even better, always keep it on you. This way, it is safe.

How many thousands of people have claimed not to fall for a fake email? And yet, it happens all the time. The thieves’ fake emails are improving. Well-done fakes can’t be distinguished from originals at first sight. So, always be careful when it comes to clicking a link in an email.

A trojan could be hidden behind every email attachment. When clicking the link, nothing happens. But in the background, a trojan is loaded onto the computer or the mobile device. Common antivirus programs don’t protect you from this phenomenon, as you requested the download via clicking. This gives the sender of the fake mail full control over your device, allowing him to control it from a distance.

Safety on the Internet: Dealing With Email Attachments

Email attachments can be extremely dangerous. I suggest to only open attachments that you definitely requested yourself. No matter how curious you are, you should keep your hands off of all other links. Most of the dangerous attachments disguise as bills and warnings. The fear of financial damage and curiosity are the two biggest success factors for cyber criminals.

The criminals are becoming increasingly better and smarter. The better ones among them know that attachments with file endings like .bat, .exe, .ade, .adp, .cpl, and .wsc are not worth it anymore. A couple of good antivirus programs already block files with these endings. However, the cyber gangsters also know that Windows doesn’t display the known file endings in its default settings. That’s why seemingly safe text files (.txt) are sent as well, as the users know that they are harmless.

This is a very controversial topic. Yes, antivirus programs protect you. No, they don’t always protect you. Generally, these programs provide excellent protection from known pests. However, most of the viruses and trojans in circulation are not known. Programs with good heuristics provide a certain, but far from complete, protection. Yet, a good heuristic still doesn’t find all malware.

However, all malware has to abuse security gaps to release itself into the system. That’s why it’s imperative to install all OS and program updates as fast as possible. These updates often close known security gaps. Then, malware doesn’t get the chance to establish itself.

Important emails and file transfers should always be encrypted. Then, it is impossible to read an email’s content or to catch it. Here, particular email service providers like ProtonMail can be used, or owners of email addresses, and an email client (like Thunderbird or Apple Mail, for example) have the option to use the GNUPG process. Both methods encrypt the email from end to end.

The many fans of WhatsApp will be relieved, as since recently, the messages sent from the service are encrypted as well. However, the phone numbers from your personal contact list are still uploaded to the service’s server.

The transfer service Whisply is used to send scrambled email attachments, as long as it doesn’t exceed the file size of 12 megabytes. Whisply is still in an early stage of development, however, and needs access to Dropbox, Google Drive, or OneDrive.

Services to store significant amounts of data in the cloud are very popular. More and more users utilize these convenient services. The market leader Dropbox alone has over 400 million customers already. Using it is as easy as it gets, and the hazard of creating an account is minuscule, as most providers allow you to store a significant amount of data for free. The cloud’s great advantage is the physical safety of the data. That’s why the cloud is a perfect backup option.

Data protection is not given, as the provider can look at your files at any time. Most services run their servers in the United States, which forces them to give the governmental authorities access to the data upon demand. As you can see, a lot of people have the ability to see your files under certain circumstances.

Of course, it is possible to protect yourself from that. The German service Boxcryptor allows you to easily encrypt your files in the cloud to a high degree, without any professional knowledge being required. Now, only you are authorized to read your data.

Make sure to create backups on a regular basis. Only then, you are able to avoid potential data loss. Backup your operating system, and ebem more importantly, your files. Also keep your mobile devices, the WhatsApp history, and everything that seems important to you in sync. Create regular backups. For example, external file storage like USB sticks, external harddrives, or a cloud are usable for backups. Of course, the cloud comes with a genuine advantage, as it guarantees absolute physical protection of your information. Harddrives can break, even if they happen to be rather new. I had to make that experience once already.

Since last year, the so-called ransomware attacks on computers and notebooks are becoming popular. If your device is infected, the software either encrypts a part of your files or all of them. The only way to gain access to them is by transferring money or bitcoins to the perpetrators. The conventional antivirus programs don’t protect you from such an attack, as there are too many variations of the malware.

The solution to this problem are backups you created of your files. Simply delete the infected files, and replace them with a backup.

Backups should always be stored on disks that are not always connected to the PC, or not always turned on, respectively. If you happen not to want to save your backups in the cloud, make sure that your files don’t automatically synchronize with the cloud. Otherwise, the infected files will be synced as well, rendering the backup useless.

8 – Open WiFi Can be Dangerous

Using open WiFi has the potential to be rather dangerous.

When using open WiFi without taking the necessary precautions, you might as well ask your café friends if they would like to receive your confidential business information.
– PC World

A public WiFi is not encrypted and accessible to anyone. Cyber criminals know that and abuse the situation. Thus, you should take some precautions before using public internet. Before doing so, deactivate the email synchronization, and don’t access or read them. Otherwise, your neighbor could read your emails right in front of you. If you want to use websites that require you to log in, always pay attention to a connection encrypted via HTTPS. HTTP transfers your data without encrypting it.

The most commonly heard, yet most ignored tip in the world. Nobody wants to hear it, nobody follows it. The most popular password is still “password”. Sometimes, passwords with numbers like “1234” are used. Then, you shouldn’t be surprised when you get hacked. Most people make it very easy for the criminals. On top of that, most of them use the same password for all services and logins. This becomes a huge problem when also using this password for your emails.

Once they got access to your emails, the criminals can use the “forgot password” function to get new passwords for all of your accounts, giving them total control over your cyber identity. Then, you’ll have a real problem.

Go and change your passwords to really safe ones today! To not forget them, note all of them down and store the file in a cloud encrypted with e.g. Boxcryptor. Now, the only password you have to remember is the one for Boxcryptor.

10 – Always be All Ears and Think Before Each Click

The biggest security risk is sitting in front of the computer. Sadly, this is not a silly prejudice but the truth. I recommend you to always pay attention and to think about every click within an email or on a website. Today, it is too easy to get an infection on your computer or mobile device. Of course, internet safety requires additional effort, but that is irrelevant considering the amount of added security. Always be aware of the dangers, then the bit of added effort won’t seem like much.

Andreas Hecht is a journalist and specialist for WordPress and WordPress Security. He roams the web since its inception. He has published an ebook on WordPress Security, which you might want to take a look at.
You are here: Home / Technology / 10 Important Measures for More Internet Safety
Close
Do you want to read more similar stories?