Internet via Satellite: What We Have and What’s to Come 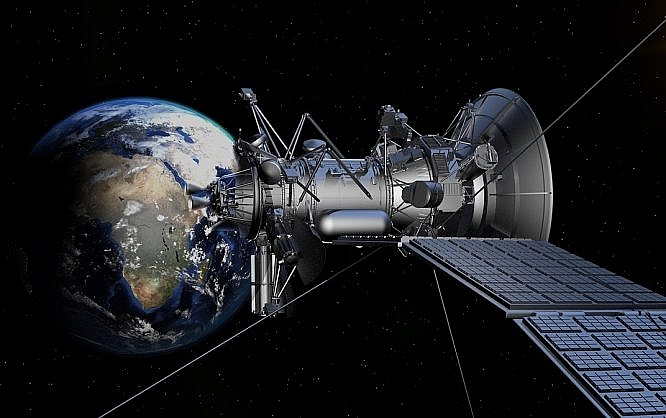 Internet via satellite was already rising in popularity once a few years ago, but couldn’t establish itself due to high prices, poor data rates, and quickly accelerating cable connections. Where is the technology now?

I remember calculating the cost for satellite internet and seriously thinking about getting a satellite access.

But that was more than ten years ago, during times where there was no broadband cable connection in rural areas. Fortunately, this is mostly different here in Germany, although, even here, there are some dead slow data links in some places.

By the way, back then, the satellite connection was a one-way connection. While there was a downstream, the upstream had to be created using a different technology – a very tedious set-up. Today, providers offer two-way communication, making it an actual, independent solution.

So, if you live out in the country, and your phone company’s consultant answers your question for fast internet with a sympathetic smile, you don’t have a lot of alternatives left. No matter whether it’s because of conviction or not, satellite internet belongs onto your radar.

One significant advantage of satellite connections is evident. You don’t need a phone line. All you need is electricity and a pretty clear view of the sky, as well as a place to install your dish aerial. Aside from the necessity of electricity, you are mostly independent regarding infrastructure and location. When living on a boat, for example, satellite internet should be a topic for you as well.

In the latter case, not even a 4G connection would be an option, but otherwise, you should definitely keep that in mind, too. But from my experience, the 4G structure is nowhere to be found in rural areas, just like a fast data line.

Today’s satellite internet plans are more flexible than they were in the past, providing custom packages with features that you consider to be important. The only model that you won’t find is an unlimited flat-rate. However, there are providers that offer an unlimited night option, for the data-intense surfing while others sleep.

An actual disadvantage is the poor latencies. Due to the large distance of about 35,000 kilometers between the satellites and our earth, there will be calculated latencies ranging from 500 to 700 milliseconds for a two-way connection. According to different practicians, the actual latency is around 1,000 milliseconds. For fans of ego shooters, this is completely unacceptable. Calmer minds are more likely to be okay with that.

Long distances to earth and the resulting poor response times are the main issues with today’s satellite internet. Thus Elon Musk’s company SpaceX attempts to remove this problem effectively. Starting in a couple of days, SpaceX wants to send a rocket into space every two to three weeks.

This way, a total of 4,425 satellites will be set up. This new generation of communication satellites comes with two advantages. For one, the orbit is supposed to be between 1,150 to 1,275 kilometers away from earth, which is expected to reduce the latency to values similar to cable connections of 25 to 35 milliseconds. The speed is supposed to be able to get to one gigabit per second. For another, the devices will become much smaller, and thus, cheaper. They will weigh less than 400 kilograms a piece, while current communication satellites weigh up to several tons.

Especially the planned number of satellites raises eyebrows, considering that there are only about 1,400 active satellites currently orbiting the earth. Not all scientists like this project as much as Musk.

SpaceX’ plans are soon to be realized, making them the next generation’s most ambitioned project regarding satellite internet. The conditions under which we can potentially profit from this are still unclear.

The plans of Mark Zuckerberg, founder of Facebook, are more conventional. He also intends to bring a satellite into space with his initiative Internet.org. With this conventional satellite, mainly the white-spot areas of Africa are supposed to be covered. The operator will be Eutelsat from France.

The Californian business OneWeb, which just secured an investment of one billion from the Japanese conglomerate Softbank, is closer to SpaceX, and their plans to stuff the orbit with technology. OneWeb also plans to go into orbit, wanting to cover the earth with a total of 900 satellites. OneWeb creates the satellites themselves and names a production capacity of 15 a week. Thus, the 900 may be completed rather quickly.

According to the founder, Greg Wyler, all satellites are supposed to be installed in their positions until 2020. To start the service, a minimum equipment of 300 satellites is required.

Conclusion: Don’t Wait Now, But Expect the Future to be Exciting

If you want to get yourself a satellite internet access, feel free to do that right now. All other solutions are pie in the sky with a rather unclear perspective. The approach of SpaceX may be exciting and interesting from a technological standpoint. However, nobody can give you a reliable answer to the question when the project will be advanced to the point where they can actually supply you with an internet connection.

Dieter Petereit is a veteran of the web with over 25 years of experience in the world of IT. As soon as Netscape became available he started to do what already at that time was called web design and has carried on ever since. Two decades ago he started writing for several online publications, some well, some lesser known. You can meet him over on Google+.
You are here: Home / Technology / Internet via Satellite: What We Have and What’s to Come