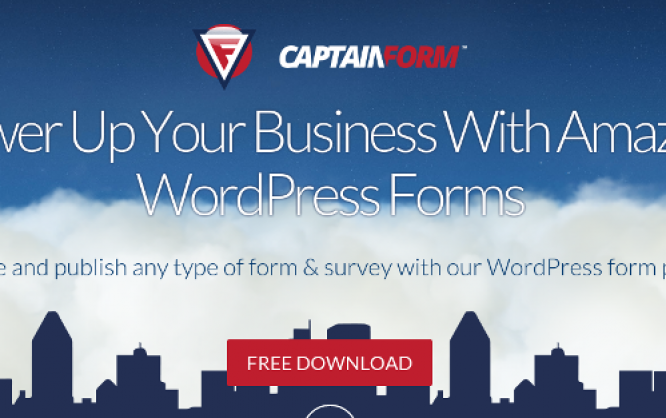 WordPress is quite popular when it comes to building websites, and as such, it is backed by a large number of plugins. You can easily create galleries, combat spam and also build contact forms using WordPress plugins, without having to touch even a single line of code. Speaking of contact forms, the plugins to build forms are plenty, and you can opt for both free and premium choices. In this post, we will be introducing you to one such contact form plugin for WordPress users: CaptainForm. CaptainForm is a no-nonsense and straightforward WordPress form builder. It does what it is supposed to do: create contact forms and help you gather and manage user feedback. You can create any type of form or survey with the help of this plugin, and add it to your WordPress site.

What does CaptainForm bring to the table? Here is a brief summary of its principal features:

How Does it Work?

The logic behind the functioning of the CaptainForm plugin is simple. Basically, you work with it much like you would with any other premium WordPress plugin: by making use of custom templates and drag and drop layout, you build your forms, and publish them on your site. After activation, the plugin adds a new section to your WP admin panel: 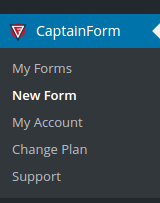 For creating a new form, you just need to specify the type of form that you are building. It can be a poll, quiz, contact form, order or registration form, and so on. With each form that you select, you are presented with a given set of options and features, as well as templates that you can edit and tweak to suit your needs. If you are the adventurous types, you can also go with the blank form option, that lets you build your form from scratch in the manner that suits you. 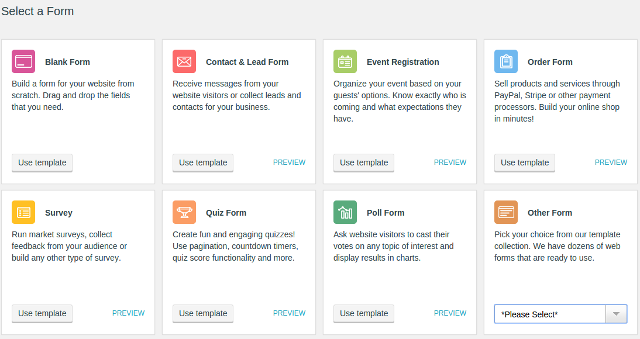 Naturally, as you can see, CaptainForm offers ample scope for optimization and customization, and it can be used to create not just contact forms but even polls and surveys. Also, this plugin integrates well with third-party applications, such as Google Drive, MailChimp, PayPal, Stripe, and Dropbox, among many others. You can use these services and apps to further boost and improve your forms, and add extra functionality such as support for payments via PayPal, or sharing of files via Drive or Dropbox, and so on.

All of the mentioned paid plans allow you to add unlimited forms with unlimited fields. Need something cheaper? How about grabbing the plugin for free? CaptainForm has a free plan as well: you can use the plugin on one site, add three forms with 15 fields. The free plan gets you 100 MB of storage with 500 secured form submissions per month. All plans come with a 30-day money back guarantee, so you can give it a spin without any fear or concern. And you also get premium quality support and access to detailed documentation and knowledgebase, just in case you need help with the plugin.

There are numerous form builder plugins out there for WordPress users. You can use the free ones, or you can opt for the reputed and well-established premium offerings such as Gravity Forms or Ninja Forms. In that case, does CaptainForm fare any better than the already well-known names, such as Gravity Forms? To be honest, CaptainForm does not seek to reinvent anything. It is a simple form builder plugin for WordPress users, and it does just that. However, there are certain key areas where CaptainForm is unique and quite possibly, better than all other such plugins. Firstly, the simplicity and ease of use that CaptainForm has to offer is incredible. You just need to select the type of form, enter your data, customize the template, and you are ready to go. In fact, even a first-time user can build virtually any type of form using this plugin within minutes. Unlike most other plugins, CaptainForm does not have a steep learning curve and will not require you to master its features in many days. Secondly, CaptainForm, even though it behaves as form builder plugin, it is more than just that. It lets you build surveys, quizzes, polls, invitations, registration pages, and a lot more. In fact, it even has a preset template for a loan application form! As such, CaptainForm is what you will get if you combine Gravity Forms with, say, PollDaddy. You can create both polls and forms using CaptainForm, and all of that within the click of a few buttons. CaptainForm is a worthy and very useful plugin for anyone who needs to create forms for their WordPress website. If you have not done so already, you should surely check it out for your site.
79
SHARES
ShareTweetLinkedin