Envato Moves to 100% GPL, and WooThemes Joins ThemeForest — What’s Next?

It all started in late 2012 and the early part of 2013 -- WordPress Foundation requested that developers who are selling their WP-related works via Envato marketplaces should not speak at, volunteer for, sponsor or organize WordCamps. Obviously, things got heated (and personal) -- you don’t tell one of the biggest communities of WP developers to stay away from WordCamps and expect no reaction at all, do you? After a lot of furore and debates, Envato eventually announced a GPL-friendly policy for their marketplaces. And the biggest news-worthy event happened in the last week of March -- WooThemes decided to join ThemeForest!

So, what all has happened, and where are we headed? Read on as we take a closer look at the scenario!

Before we actually discuss WooThemes and ThemeForest, let us go back a few months, back to January 2013, when the WordPress Foundation first raised eyebrows at Envato’s split licensing mechanism.

A popular ThemeForest user, Jake Caputo, talks about his experiences:

On Friday, January 18, I was told that I may no longer participate in WordCamps.

More specifically, I was contacted by Andrea Middleton (Dot Organizer for Automattic). She said according to the WordCamp guidelines, I may not speak or volunteer at WordCamps while I sell my themes on ThemeForest with their split license as is.

It is worth noting that Caputo is associated with neither ThemeForest nor WordPress.org or Automattic. Caputo is just one of the many developers who use Envato marketplaces as a platform to sell and promote their products (themes, plugins, templates, and so on). Not everyone has the logistics and resources to set up another StudioPress and this is where Envato marketplaces come in handy for such developers: they can simply create stuff and market it using Envato marketplaces. You cannot really fault the developers for this, can you? However, problem arose because of Envato’s split license. As Caputo explains, the PHP code in one’s themes is covered under the GPL, but other components, such as images, CSS and JavaScript, are not. This split licensing model was not in assonance with the WordCamp guidelines -- your WP-related products should come with a 100% GPL license, including not just PHP code but also JavaScript, CSS, images and everything that falls between them.

To cut the long story short: in a battle between two giants, there were many individual developers who became collateral damage. Of course, there was nothing wrong with WP Foundation trying to enforce and respect the GPL; but many users did not appreciate the fact that Envato authors were being punished for adhering to licensing terms they had no control over.

Ultimately, Envato did decide to consider moving to GPL. A survey was conducted in February, and both ThemeForest and CodeCanyon authors were asked about their opinions.

Soon enough, Envato decided to go 100% GPL for WordPress products offered in its marketplaces, and this paved the way for WooThemes to enter ThemeForest. To quote Adii, CEO of WooThemes:

We’re very excited to be working with ThemeForest to be one of the first 100% GPL partners and also to reach a brand new audience for our themes.

So, what all does the new 100% GPL-friendly Envato have under its hood? Basically, if you are a ThemeForest or CodeCanyon author, you have the option to “opt for” the GPL licensing for your products. Thus, each time you upload a new theme or plugin, you will see a check box -- if selected, the license for that particular item will switch from split license to 100% GPL. As of now, you do not have the option to switch back to split license once 100% GPL has been selected for an item. Plus, WordPress themes and plugins now no longer need to manually include the readme or license files; such files will be automatically added. [caption id="attachment_75822" align="alignnone" width="550"]

WooThemes' Themes Now Available at ThemeForest
*Image Credit[/caption] What about the fine print? If you take a closer look, you will notice that items licensed under 100% GPL will be marked accordingly. In other words, there will be no Extended License available with them. Envato has even clarified that buyers will, essentially, be buying such items with a Regular License only. Just that the wording has been changed to make it closer to GPL. And I quote:

Buyers will technically purchase a regular license but the wording of the license and FAQs has been updated to accommodate 100% GPL items where applicable.

Plus, as of now, the 100% GPL option is available only for WordPress items. Folks who are creating stuff for other (equally open source, by the way) software such as Drupal, OpenCart and OS Commerce have not received the 100% GPL option as yet. Envato does have plans of rolling out the 100% GPL option for all authors in the coming few weeks (maybe Drupal too should have been as vocal as WordPress about this issue, then).

Yes, this is something that has generated a lot of discussions and debates. In fact, as far as I get it, the primary reason why Envato was not offering GPL earlier was that it is in direct conflict with the concept of exclusivity. And what exactly is exclusivity? Simply put, exclusivity is an agreement between an author and Envato, wherein the author promises that he/she will not sell the same items elsewhere. On the other hand, GPL is more of a mandate talking about the nature of rights the author and the buyer shall be getting and as far as I get it, when it comes to 100% GPL, the buyer also has the rights to redistribute or resell. [caption id="attachment_75821" align="alignnone" width="550"] 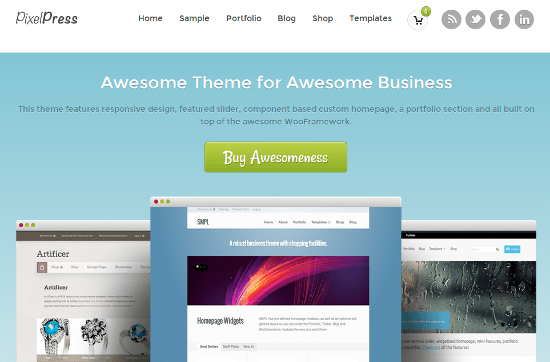 PixelPress by WooThemes -- Now Available at ThemeForest[/caption] Obviously, GPL has more of a philosophical backing to it and any author who opts for 100% GPL model is already aware of the number of rights he/she will earn and lose. Technically, the best solution that a marketplace can come up with is to leave the decision with the authors, and Envato has done just that. It goes without saying that Envato has created a name for itself and its marketplaces by establishing them as places where you will find unique content. ThemeForest and CodeCanyon have a unique library of content, and this feat has been accomplished using the exclusivity model. Will this change with the advent of 100% GPL model? Probably not:

There are exclusive authors who want to use the 100% GPL option, and they are free to do so, but must comply with the obligations it sets out (i.e. don’t sell the same items elsewhere).

And the Fire Spreads in the Jungle

In the first week of April, Mojo Themes announced that they are moving to GPL as well. However, I can see Mojo doing it differently as compared to Envato. To begin with, Mojo claims that out of the 400+ themes active in their marketplace, 250 have accepted the new GPL terms. Not a bad start, is it? [caption id="attachment_75820" align="alignnone" width="550"] 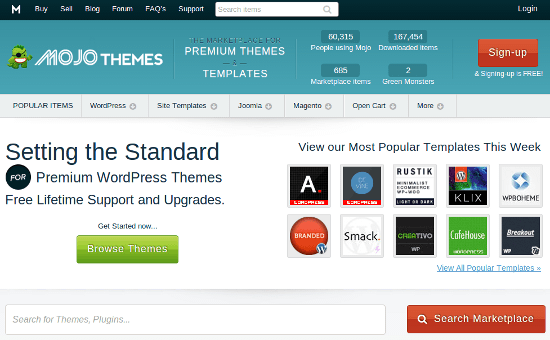 Mojo Themes Have Also Moved to GPL[/caption] But taking it a step further, Mojo has also announced that only those themes which have accepted the new terms shall “remain active on the site”. The others, which have not accepted the new terms, shall be deactivated. Naturally, this is a very bold move on part of Mojo Themes. Unlike Envato, authors at Mojo do not have the option to either go for GPL or the original marketplace license. Instead, Mojo has made the new norms mandatory for all. Quote:

With the change... all WordPress themes and plugins sold on any MOJO Marketplaces will be licensed under the GPL.

I began this article by mentioning that WooThemes have moved to ThemeForest. Does it mean anything for other premium theme providers? I guess so. To be honest, Envato needed a big name on their side when they announced the 100% GPL option. Agreed, not everyone had taken sides in January, but no one had criticized the WordPress Foundation for being right either. Getting WooThemes on board is a great move by Envato: not only do they have the 100% GPL option for all WP-related items, they also have one of the biggest theme makers opting for the 100% GPL choice. On the other hand, Mojo have also opted  for GPL, thereby showing that WP’s move of barring entry into WordCamps for the non-GPL sellers has worked. What do you think of these changes? Have your say in the comments below! (dpe)
168
SHARES
ShareTweetLinkedin