Game of WordPress: Set Your Eyes on Fire by Watching a 40 Hours Experts Show

99
SHARES
ShareTweetLinkedin
I admit it. I can`t get enough of the "Game of Thrones" show, and as a late discoverer I had the joy to watch an entire season almost in one go. I couldn`t stop watching the epic wrestling for the iron throne and I pressed the stop button much later than it was healthy for my eyes and energy level at the next weekday's morning. I learned something about dragons and deadly weapons, but this sadly didn`t help me when I straight ran into a problem with our WordPress installation, which cost me another two grey hairs. To avoid this I should possibly have watched an entirely different show... For those among us who work with WordPress, whether as the content management system of choice for running your own website or as the maintenance station for client projects, we should eventually spare some time to watch the videos on the reel Brian Richards from WPSessions.com has compiled for us: 40 hours of education and training. [caption id="attachment_82169" align="alignnone" width="527"] 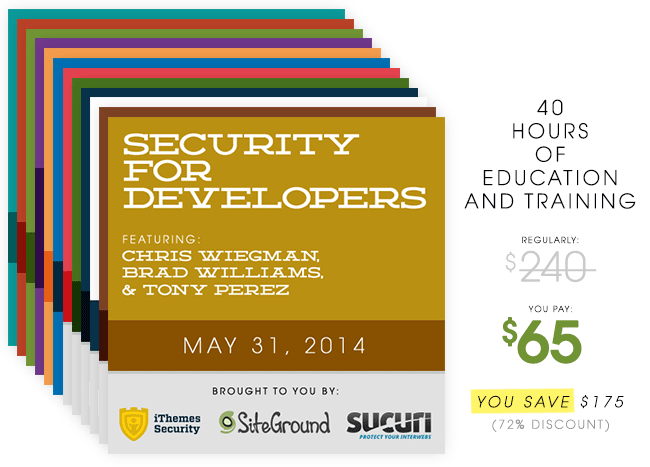 WPSessions.com bundle at a Mighty Deals price[/caption] The bundle, for which he has partnered with the deal dealer Mighty Deals, will teach you how to run a successful WordPress business, with topics ranging from testing to eCommerce. A ticket for this show can be bought for only $65, and the money and time investment will be more sustainable then just consuming sandal movies. May the WordPress force be with you. Ever.
99
SHARES
ShareTweetLinkedin

Michael Dobler is the founder of Dr. Web Media, which markets magazines for creative professionals. He also runs this magazine and that one, and very, very occasionally he is pressing the keyboard keys for them as well.

Home » Game of WordPress: Set Your Eyes on Fire by Watching a 40 Hours Experts Show