134
SHARES
ShareTweetLinkedin
When it comes to frameworks for WordPress themes, the options are plenty but few names stand out from the crowd. One such name is Genesis. Genesis is an extremely popular and well-loved WordPress theme framework from the stable of StudioPress. It has its own share of loyal followers and users, which range from theme creators, designers and developers to even the casual end users. Recently, Genesis Framework came out with its latest release, Genesis 2.0 In this article, I shall be taking a look at some of the salient features of this newest version of the popular theme framework.

Genesis 2.0 has revamped its default design. Now, apart from its mainstream usage as a framework, you can even use Genesis as a stand-alone theme in its own right, if you so desire. 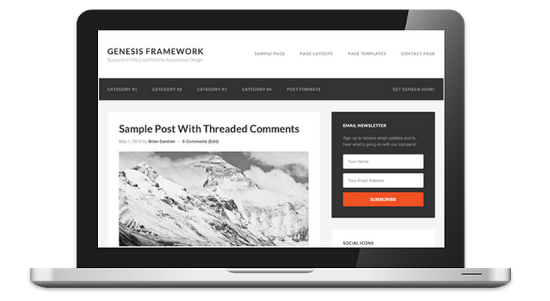 Related: Genesis Framework vs Divi: The Ultimate Comparison 2021 Plus, Genesis 2.0 has also covered the security aspects. While there were not many security loopholes in its predecessor either, the new release of Genesis has ensured that all your security related woes are answered well. Here is what Mark Jaquith, WordPress Lead Developer, had to say:

“It’s clear StudioPress made security a priority when developing Genesis and from a security standpoint, Genesis 2.0 is at the top of its class.”

Furthermore, Genesis 2.0 is totally responsive and ready for the mobile. In fact, StudioPress are really serious about the mobile-friendly and responsive aspect of Genesis 2.0 So serious, that they had to explicitly point it out:

“The release of Genesis 2.0 is a milestone for us in that all new themes that we release, as well as all updates to existing themes, will be mobile responsive.” 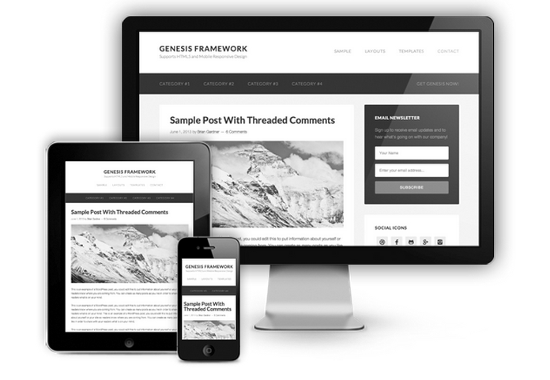 The mobile-friendly feature is a welcome addition indeed. With the number of mobile devices ever on the rise, having a responsive framework for your WordPress themes is becoming not a luxury, but a necessity. Naturally, Genesis 2.0 does not disappoint in this section.

Henceforth, all themes based on Genesis 2.0, including the existing ones that shall be updated in near future, will be HTML5-ready out of the box. This means that your websites powered by Genesis 2.0 shall enjoy cross-browser compatibility, mobile-ready features, and native support for audio and video formats. Also, the benefits of HTML5 in terms of storage and API interaction are not hidden from anyone.

Genesis 2.0 comes with in-built support for Schema.org -- what this means is that you can easily optimize your website’s search engine abilities, including proper and ordered classification of the most vital and prominent elements on your pages. 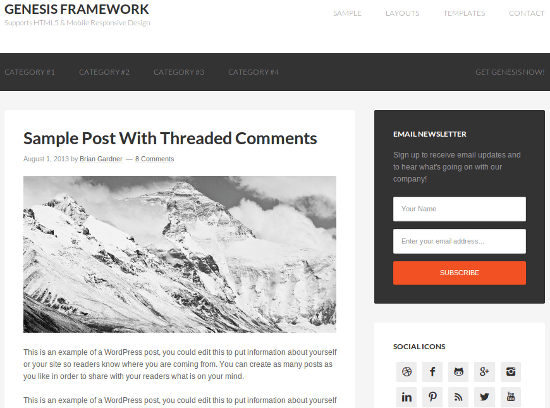 When it comes to search engine optimization on WordPress, perhaps the most authoritative name is that of Joost de Valk. Here is what he had to say in reference to Genesis 2.0 offering support for Schema.org:

“Let me start with explaining why you should be bothered with schema.org if you weren’t convinced yet. Not just Google uses schema.org, all 4 major search engines, Google, Yahoo!, Bing and Yandex use it for several different purposes … but it’s not just them. Recently, Pinterest joined the party by announcing support for Product, Recipe and Movie schema’s through their Rich Pins effort. So, in my opinion, schema.org markup is a must for everyone serious about their websites optimization.”

In fact, de Valk’s website Yoast.com was one of the first sites to switch to Genesis 2.0 -- you can read more about this here.

Genesis 2.0 has been supplemented by two themes that showcase the new features of their parent framework. First up, is Sixteen Nine, a clean theme with fixed width layout and a custom landing page template. It features mobile responsiveness and HTML5 markup, and offers two layout options. More details can be found here.

The second one is eleven40, which is a rather old theme that has received a major update in order to make use of the new features of Genesis 2.0 Among other things, eleven40 offers four color styles, six layout options, footer widgets and threaded comments. Just like Sixteen Nine, the updated version of eleven40 too sports support for HTML5 markup and mobile responsiveness. You can read more about this theme, including purchase details, over here. If you are a previous buyer of eleven40, you can download the updated version for free.

Apart from HTML5 markup and mobile responsiveness, Genesis 2.0 comes with several other new additions and features, such as:

Even though Genesis 2.0 brings many new features to the table, it has retained backward compatibility -- even if you are running a non-HTML5 theme for instance, you will not experience any major issues when updating to Genesis 2.0 Speaking of HTML5, it should be noted that once you update, your website will continue to output its current XHTML markup. If you are running a child theme, you will require theme support for HTML5 if you wish to see the markup change from XHTML to HTML5. Genesis 2.0 will automatically determine which markup structure your theme supports, and output accordingly. 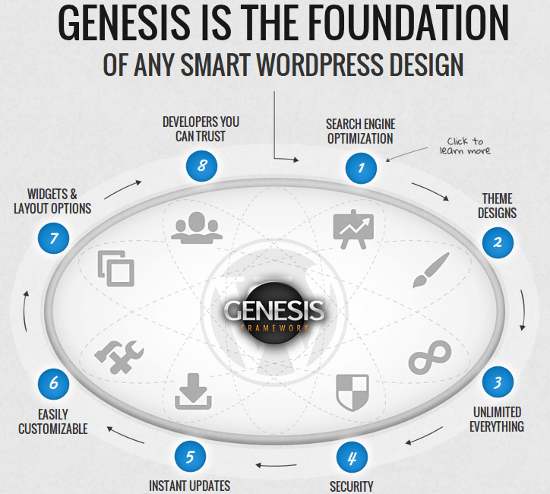 Naturally, for someone who is running a slightly older child theme, the HTML5 goodness may seem to take its sweet time in reaching their website (unless you’re willing to do it yourself). However, by releasing a new theme and updating an older one, StudioPress have shown that they will soon be launching newer themes that support HTML5 markup, and probably also update some of the most popular older ones. That said, Genesis 2.0 really looks good. As is obvious, StudioPress have timed the launch of Genesis 2.0 with the release of WordPress 3.6 Quite obviously, Genesis 2.0 does not fall short of making use of the newer features of WP 3.6, especially the security updates and fixes. All in all, Genesis 2.0 seems to be a good package, and even though the update process may seem to be a pain for some (to be honest, irrespective of which framework you are using, most of the time updating from one major release to another can be irksome, to say the least), StudioPress have tried their best to ensure that the transition goes smooth for every Genesis user out there. The documentation to help you transition from Genesis 1.0 to Genesis 2.0 is in good shape, and there are a healthy number of snippets to help you accomplish tasks such as activation of HTML5 markup, and so on. However, I would say that the documentation is still being added/updated, so there might be some level of patience required therein. What do you think of Genesis 2.0? Like it? Hate it? Share your thoughts with us in the comments below! (dpe)
134
SHARES
ShareTweetLinkedin