Integrating Social Media into WordPress: Plugins You Cannot Live Without

306
SHARES
ShareTweetLinkedin
If you are running a website on WordPress or any other way, chances are that you already know that after search engines, social networking websites are the primary referrers of traffic. However, earning visitors from social networks such as Facebook and Twitter depends heavily on how easy the social sharing mechanism on your website is. After all, in order to attract new visitors via Facebook, you need to ensure that existing ones share your content there. Look at other social networks, you will not find exceptions to that rule. In this article, we will be taking a look at some of the best social sharing plugins for WordPress websites. Note: Smashing Magazine also has its own roundup of social media plugins, and thus, in this article, we shall be focusing entirely on newer plugins that failed to get a mention in that article. For the complete picture, make sure to head on over to our friends at Smashing, too.

Integrating Social Media into WordPress: Plugins You Cannot Live Without

While Jetpack is a feature-rich plugin with plenty of action packed within itself, it also incorporates a decent social sharing mechanism in the form of the erstwhile ShareDaddy. It lets you display social sharing buttons for websites such as Facebook, Twitter, LinkedIn, Google+ and several others after each post or page.

Twitter Mentions As Comments does exactly what its name says -- it scans Twitter mentions for any mentions of your content, and appends all such mentions as comments to your blog. Thus, if someone shares an URL of your blog post on Twitter, this plugin will mention his/her tweet alongside other comments on the said post. You can disable retweets, and also choose to display such tweets as trackbacks/pingbacks.

Sharexy lets you place social sharing widgets on your WordPress website. Basically, the idea behind this plugin is to provide you with optimum control over the placement of social sharing tools. The plugin supports various popular services, such as Pinterest, Facebook, Google+, Twitter and Tumblr. However, like most other plugins in this niche, it also comes loaded with several lesser needed services, such as Orkut, MySpace, etc.

As the name suggests, Facebook plugin for WP helps you add FB social plugins to your website. You can associate your WP site with an FB application identifier to enable auto-posting of new posts on your profile or your blog’s Facebook page.

Facebook, Twitter, Google+ Share Buttons lets you do the obvious -- add social sharing buttons to your blog posts. However, I must point out that the plugin claims compatibility only up to WordPress version 3.3.2

Shareaholic is one of the most popular social sharing plugins for WordPress. It lets you add a related posts widget, a social bookmarking menu, and comes loaded with several other features. The plugin has been localized in over 15 languages and also provides awesome social analytics.

Flare is a social sharing bar plugin for WordPress blogs. Apart from standard social bookmarking options, it also comes with certain unique features such as a “Follow Me!” widget.

http://www.youtube.com/watch?v=1uimAE8rFYE WP Socializer is yet another plugin that lets you insert social sharing buttons on your website, primarily in the form of a floating share bar. Beyond that, the plugin also provides certain widgets and shortcodes for Facebook Like Box or Google+ badges. 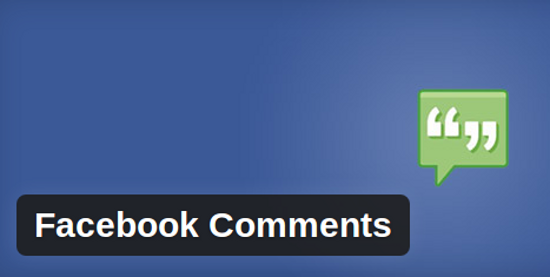 As the name suggests, Facebook Comments plugin lets you manage FB comments on your WordPress website. The easiest way to make use of this plugin is by using the shortcode, which lets you insert the comment box into any post, page or template.

Async Social Sharing loads third-party social sharing scripts asynchronously after the page has finished loading. This ensures that there is only a negligible lag in website performance. The plugin comes loaded with preset settings for Facebook, Google+, Twitter, LinkedIn and Hacker News.

Slick Social Share Buttons, well, adds social sharing buttons to your WP website. However, the USP of this plugin lies in the versatile and highly customizable appearance options: you can have sliding or floating button panels, and then further choose between horizontal or vertical panels. Oh yes, you can also decide between top button panels or bottom ones. That said, while I haven’t personally had any issues with this plugin, some of my clients have reported that it causes slightly longer page load times on certain hosts. (dpe)
306
SHARES
ShareTweetLinkedin