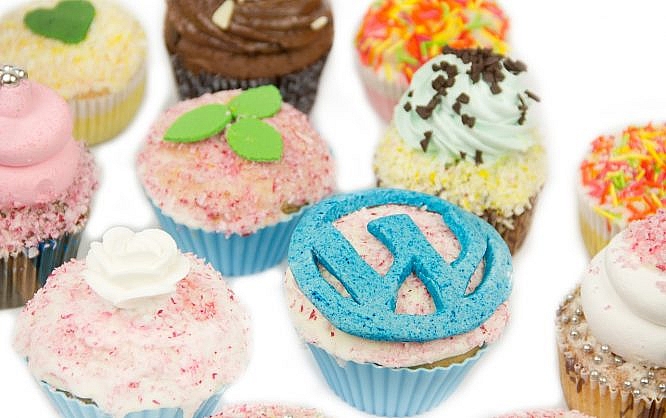 The SaaS trend has been unabated for years now. Developers are happy about that; users aren't. Now, the trend is also making its way to the developers of WordPress plugins. Let's see what the up- and downsides are.

WordPress Plugin as SaaS: Not All New

I'm sure you know one of the oldest SaaS plugins for WordPress: Akismet. Akismet simply connects your blog to the API of Automattic's spam preventer. [caption id="attachment_101463" align="alignnone" width="1024"] 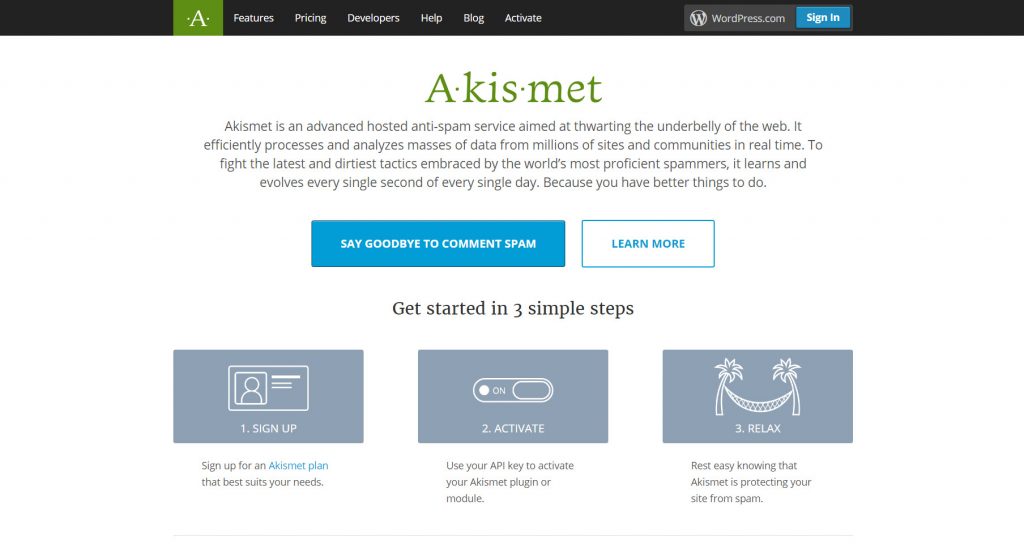 Akismet: SaaS Veteran Made By Automattic. (Screenshot: Noupe)[/caption] The entire logic, especially the algorithm that provides the spam detection, doesn't run on your blog. That's good, because otherwise, your server's performance would most likely suffer. The spam detector's logic would be pretty vulnerable as well, as it would only have to be extracted from the plugin code via reverse engineering. VaultPress, the backup plugin, made by the same people, works as a SaaS, the long version being "Software as a Service."

SaaS in General: A Concept Asserts Itself

SaaS solutions offer the advantage of higher cost efficiency for larger installations. Instead of one-time license fees per user, the client pays significantly lower, monthly fees which can definitely accumulate over one or two years, matching or even exceeding the original purchase cost. However, the monthly burden is light. For the most part, the fees also include continuous support, meaning functional updates, expansions, as well as the necessary support. This way, the customer always receives an up-to-date version of the product. Since the client normally only has to run a small part of the SaaS solution's functionality locally, using applications that require particular processing power is possible as well. To achieve that, the SaaS providers use scalable platforms, like Amazon Web Services or Microsoft's Azure. These platforms make sure that performance and storage can be scaled infinitely - an ability that the local computer does not have. This lets the application become as powerful as you want it to, as there are no physical limits. Nonetheless, customers still have mixed feelings towards the concept. The desire to own something that you pay for is still spread too widely. However, this desire has already been softened over the years, with the triumphal march of streaming services being a significant factor in the media section. Today, the problem is more rooted in the private section, where many potential customers still prefer a one-time payment over paying every month. Disadvantages from the customer's point of view would be the necessity of a permanent, stable internet connection, as well as the related security concerns. A possible total failure in case of bankruptcy of the SaaS provider can not be written off either. [caption id="attachment_101467" align="alignnone" width="1024"] 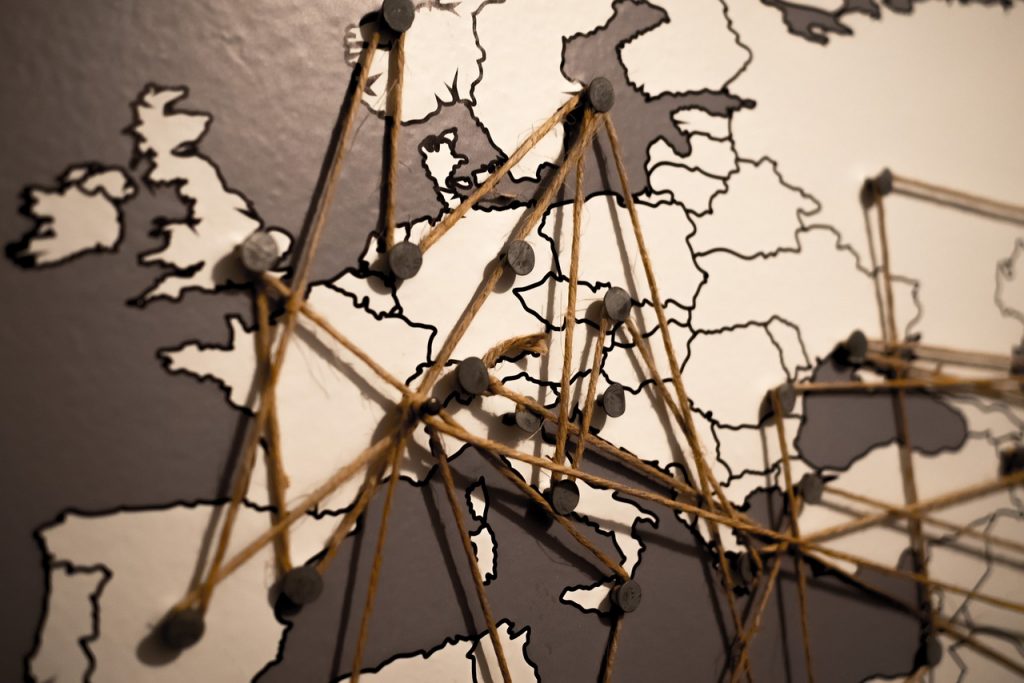 SaaS: a Reliable Internet Connection Should be Granted. (Photo: Pixabay)[/caption] The SaaS provider, on the other hand, enjoys better control over his product, as well as the ability to implement changes, and improvements at any time, without having to stick to update cycles. Overall, the provider has a lot more sovereignty over his product than before. By expanding his solution, the provider always has the option of upselling, meaning additional offers being made to the existing customers. The liquidity effect of the SaaS solution should not be underestimated either. Over the period X, the customers will pay their usage fees on a regular basis. This type of numbers is perfect for any bank and grants planning security for the respective periods of time. On the other hand, the SaaS provider has to finance any investment into the infrastructure with the usage fees. Especially in the beginning, this risk is not to be taken lightly, while it basically doesn't exist when selling stand-alone plugins running on client hardware.

As mentioned before, SaaS for WordPress plugins is not an entirely new concept. And, in fact, the model can make sense for many commercial plugins, but it makes much less sense for others. In general, the SaaS model allows for more powerful functional add-ons than the previous model of installing a bunch of PHP files with the complete program code. That should be undisputed. The concept of "pension-like" income seems to be the key reason as to why this solution is so attractive to WordPress developers. Of course, it is somewhat unfair to call it pension-like income, as that would imply payment without service. With SaaS plugins, developers are likely to be busier than ever before. That's because, with monthly fees, the clients expect a consistently high value in return. Nonetheless, the perspective of getting paid each month is increasingly fascinating for freelance developers.

What's the Deal With the Idea to Design WordPress Plugins as SaaS Solutions?

Over the course of a year, a monthly usage fee adds up to a nice amount of money that you may not have been able to demand as a single payment. It's very likely that a SaaS model will get you more money for your plugin than before. For the first time, you can make clear liquidity plans. Calculate how many subscribers you need to cover your yearly costs. There's something to be said for that. [caption id="attachment_101464" align="alignnone" width="1024"] Making Money by Time Passing - It's Not That Simple. (Photo: Pixabay)[/caption]

You don't give out your code, so you can be sure that nobody can steal it. This is an essential factor if you create plugins for a living. Reverse engineering of plugins is not that hard, but it's an entirely different thing with "real software."

You do what you want, whenever you want to. At most, your customers may be happy if you hyperactively push out new features. Nobody has to install updates anymore, and you don't need to care about the security of old versions. Life can be so simple. You'll also like to hear that the cloud server you want to use is the only relevant environment that your SaaS has to run on. For the first time, it doesn't matter what environment requirements your clients have - a dream come true.

As of right now, you don't know anything about your customers. You don't know where your plugin is being used. You don't know the size of the page that it serves. You don't know if it works smoothly and if the occurring errors are critical or not. You don't know anything, except for the fact that you sold it. Of course, all of this changes once you design your plugin as a SaaS. Doing so gives you access to all the things you didn't have access to before. And these aren't irrelevant either. Essentially, you get a kind of automatic feedback from usage data. You can see the weaknesses of your plugin, and if it doesn't do what it's supposed to in any regard. Another aspect is just as important. You get target group metrics. You have access to more than sheer addresses. You can effectively look into the needs of your potential clients, allowing you to further develop your product based on secured data. This begins with you seeing what type of website typically uses your plugin, and to what extent. I wouldn't even be surprised if you discovered one or two features that nobody ever uses.

Why Wouldn't You Offer WordPress Plugins as SaaS?

Of course, there are plugins, like Akismet as mentioned earlier, that can't be realized as Saas if you don't want to make compromises regarding the scope of service, and the performance. This phenomenon only applies to a minority of possible plugins, though. Thus, in most of the cases, you won't have to compare and weigh the advantages and disadvantages. [caption id="attachment_101466" align="alignnone" width="1024"] Risk of Customer Acceptance Regarding the Price

Not everyone will like renting a plugin. Thus, an excellent communication strategy is required to convince potential buyers. This may be a general truth that applies at all times. But it's also important that your product allows for the believable development of this type of strategy. If you developed an exotic plugin that allows your customers to import a remote file format, to execute a particular action that may be required once a year, you'd have a tough time trying to come up with a reasonable strategy that leads to a constant income. In that case, you should identify your target audience, and sell your plugin via one-time payment.

When your plugin processes information, that doesn't necessarily happen on your customers' servers. For you, this is beneficial, as you don't have to worry about processor power and storage space. However, you're the one who pays for AWS or Azure, or any other platform service provider when running your plugins as SaaS. Depending on what type of information is being processed, your clients will only feel safe if it's made clear, who stores the data, as well as where, and why it's stored. A server location within the customer's country should lower the acceptance threshold, but a particular suspicion could remain. You can't really influence this psychological question. But it has the potential to massively affect the sales of your plugin.

I think it should be pretty clear that the idea to offer WordPress plugins as SaaS neither is clearly amazing nor completely dumb. As always, the truth is somewhere in between and heavily depends on the factors of each individual case. In general, it can be said that SaaS becomes increasingly more relevant the more features the plugin offers. If, on top of that, there are aspects of machine learning included, there's no way around SaaS. Overall, all aspects brought up in this article have to be applied to the own idea, and then be weighed. If you can imagine a smooth entry into the world of SaaS, you should definitely check out Freemius. They basically offer a narrow-gauge SaaS out of the box.