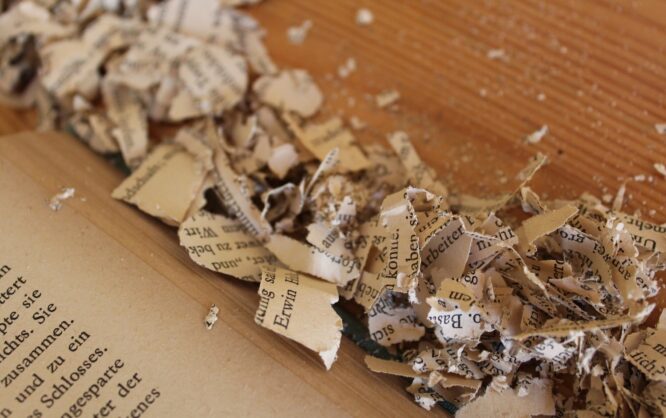 Gaining top-ranking positions in search results is the goal of anyone working in SEO. Unless you use paid ads, standing out in search results can be a continual battle, even with an effective SEO strategy. Fortunately, featured snippets provide an alternative to outranking your competitors.

What is a Featured Snippet?

Featured snippets (sometimes referred to as answer boxes) first appeared on Google back in 2014. Ever since the Hummingbird algorithm update, Google has been trying to understand the intent that goes into a search.

Featured snippets are one of the ways Google delivers helpful and useful answers to a search query. Featured snippets will typically appear in search results that ask a question (using the 5 Ws and how).

You may also be surprised to find that featured snippets play an important role in voice search. Optimizing for featured snippets can also help you optimize and appear in the voice search results. When nearly half of all searchers are performed through voice, you’ll be helping to further expand your reach.

The types of featured snippets

There are 3 main types of Google’s features snippets. These are paragraph snippets, list snippets, and table snippets. You can also get video snippets.

Paragraph snippets (such as the definition example above) are the most popular form of featured snippet you’ll encounter. These featured snippets display small excerpts from a webpage that answers a particular search query, in the form of a tiny paragraph.

Paragraph snippets sometimes contain images that are relevant to the particular answer provided. Featured snippets will also contain a direct link to the page which the information has been extracted from. You will often find ‘People also ask’ displayed underneath a featured snippet.

The inclusion of a link helps to differentiate from other forms of ‘featured snippets’ that may appear in the search results. For example, a search query to convert a measurement is not a featured snippet and is instead termed a rich answer (or instant answer). These are provided by Google directly and don’t contain any source links:

Research carried out by Getstat found that paragraph snippets appear for around 82% of all featured snippets.

Unlike paragraph snippets, a list snippet displays information in a list, using either bullet point lists or numbered lists. List snippets can be both ordered, for steps and procedures, or unordered.

Another type of featured snippet you may encounter is video snippets. Video snippets showcase a YouTube video that provides guides and tutorials. Sometimes a segment of a video is played that Google believes to be the most relevant to the search query, such as in this example:

Why are Google’s Featured Snippets Important?

Featured snippets can provide lots of great benefits. The main advantage of featured snippets is that they appear right at the very top of the search results, including above the number 1 organic result. Optimizing for a feature is a great way to achieve high visibility without a top-ranking position.

Because of the high positioning, featured snippets are great for improving brand awareness and driving traffic to your site. EngineScout estimates that featured snippets receive around 31% of a results page click share.

Other great benefits of gaining a featured snippet include:

If you don’t currently have a top-ranking position in search engine results pages, featured snippets could well be worth considering to expand your reach.

The only downside to featured snippets is you cannot choose which part of your content is extracted to appear. That’s all done by Google. Featured snippets also appear underneath paid ads. While it is unlikely that you’ll come across both in a search query, it’s still worth bearing in mind.

Also, in 2020, the deduplication update removed duplicate listings on the first page of search results. That means if you gain a featured snippet, you won’t appear in the organic results. If you don’t have first-page rankings, the update could work well in your favor!

How can you Optimize Content to Gain Featured Snippets?

We already mentioned that most featured snippets will appear when a question is entered into Google using the 5Ws and how. The same is true with long-tail keywords. Long-tail keywords are specific phrases that are usually entered into search engines when a user is towards the point of purchase.

Research by SEMrush found that keywords indicating user intent at any stage in the sales funnel are more likely to display in a featured snippet, including long-tail keywords. Conducting keyword research will allow you to find long-tail keywords to optimize for.

Using a keyword research tool, such as Ahrefs or KWFinder, will help you to identify long-tail keywords that are likely to display in a featured snippet.

Featured snippets are brief, so if you want to gain a featured snippet, you need to answer a question briefly. That’s not to say start developing very short pieces of content (because thin content doesn’t help your SEO).

Instead, you need to provide concise answers for the long-tail keywords you previously found. To optimize for a featured snippet, consider including the keyword in a heading with a concise answer underneath. Afterward, you can expand upon your answer in more detail.

To optimize content for a featured snippet, consider these average lengths:

In the event your content does overrun the length of a featured snippet, a ‘More items…’ or ‘X more rows…’ will indicate the additional content. Clicking on the link will direct the user to the page where the content from the featured snippet is hosted, helping to boost your click-through rates.

Adding schema markup to content does involve accessing the code of a page. Even if you are not too familiar with HTML, you can still easily implement it into your content. Any schema that needs to be implemented can be found on the Schema website. The website also has a test feature to allow you to validate your schema markup.

We also mentioned that featured snippets sometimes include an image. Including a relevant and high-quality image is also a good idea. Pages and content are more likely to be used as a featured snippet if there are:

Also, content that stays objective and concise with a clear format is much more likely to be used for a featured snippet.

Gaining a featured snippet is not guaranteed, but following the tips outlined above should stand you in a better position. The great value and benefits that a featured snippet can provide make it a great companion to your existing SEO efforts. And don’t forget to keep publishing high-quality content too for a successful content strategy!

Aaron Middleton is a content writer for the Dreamscape Design blog regularly writing about search engine optimization, inbound marketing, and web design to help you grow your business and deliver results.