Another Look At Webydo: Professional Websites Without Code 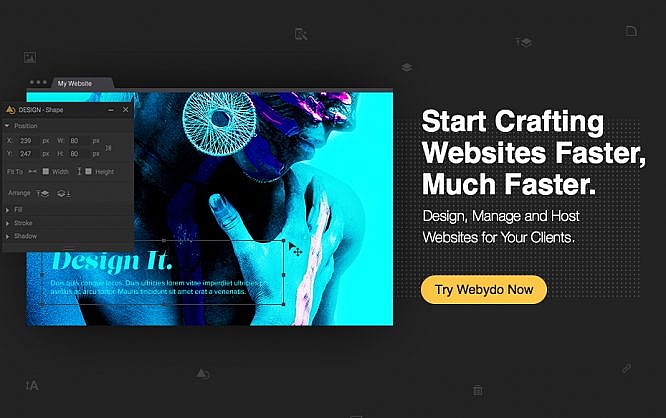 Noupe readers have known Webydo for a while. We had already introduced you to the web design software in 2013. Today, we want to take a look at how the website builder has evolved since then. 2013 was an exciting year for Webydo. While the system already existed for two years at that point, the public didn't know about it. These two years were used to finish the software for the market release in a private beta. This way, it was no surprise that Webydo boasted references from over 13,000 designers and more than 70,000 websites from the get-go. Today, the website is a matured product maintained by a matured company. What it offers is a wide array of solutions directed towards designers, and drawn from their B2B needs.

What makes Webydo so unique? At a glance, you might think of Webydo as just another one of those homepage builder specimen. There's a lot of competition in that space, and all website builders are mainly aimed towards consumers. [caption id="attachment_102566" align="alignnone" width="1024"] 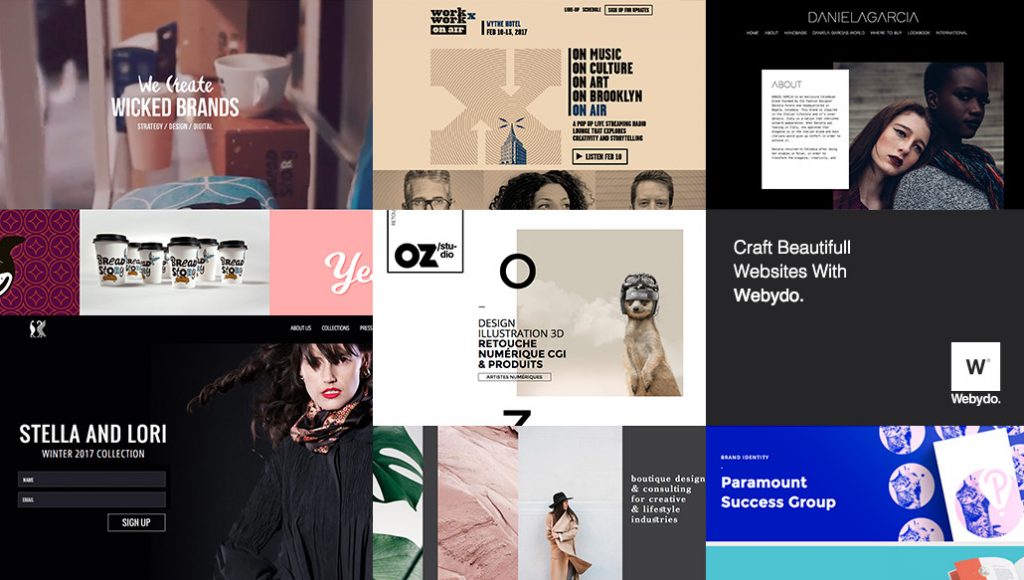 Modern Websites Created With Webydo.[/caption] This is where Webydo clearly sets itself apart. Its clear focus on designers and the support of their business models stays present throughout the software's entire philosophy. Designers that open Webydo for the first time will feel at home right away, as the interface, the controls, the style, and everything else reminds us of the design products made in the house of Adobe.

To an extent, the precise orientation towards designers as the target group already defined the design of the user interface, and the entire feature set. As mentioned before, Webydo is close to the giants of graphic design software. This makes the learning effort accordingly low. Especially Photoshop aficionados will love Webydo, as a beloved, old friend is also available here: layers. [caption id="attachment_102567" align="alignnone" width="1024"]

Design without code is Webydo's motto.[/caption] Different modes allow you to view and evaluate the websites from the perspective of the designer, the customer that is supposed to add content, and the casual internet visitor. Although it's almost standard these days, I still want to mention that Webydo creates responsive websites. There are a few fascinating features that deserve to be mentioned separately.

The Automatic Layout Tool lets you move elements into new layouts automatically. This makes it possible to display a bunch of elements as a grid, and - on click - turn it into a single column for the responsive variant. Always keep in mind that we're talking about a solution that does not require any coding knowledge. The author of this article is fully aware that such can be done with CSS ;-) [caption id="attachment_83421" align="alignnone" width="1140"]

The Automatic Layout Tool (GIF: Webydo)[/caption] Using smart grouping, users can group different elements, and edit that group as a whole. This is another essential tool for responsive sites. The drag handle allows you to move elements around the design by mouse, while always keeping the element within the grid. Even small movements, to minimize whitespace, for instance, are smooth and straightforward. [caption id="attachment_83422" align="alignnone" width="558"]

Being able to freely arrange the toolboxes (called panels), should also come in handy to a designer's workflow. [caption id="attachment_83420" align="alignnone" width="1141"]

Typography on the web has become more and more important over the past years. Here, Webydo provides access to all Google Fonts, a connection to Typekit, as well as the option to upload fonts. 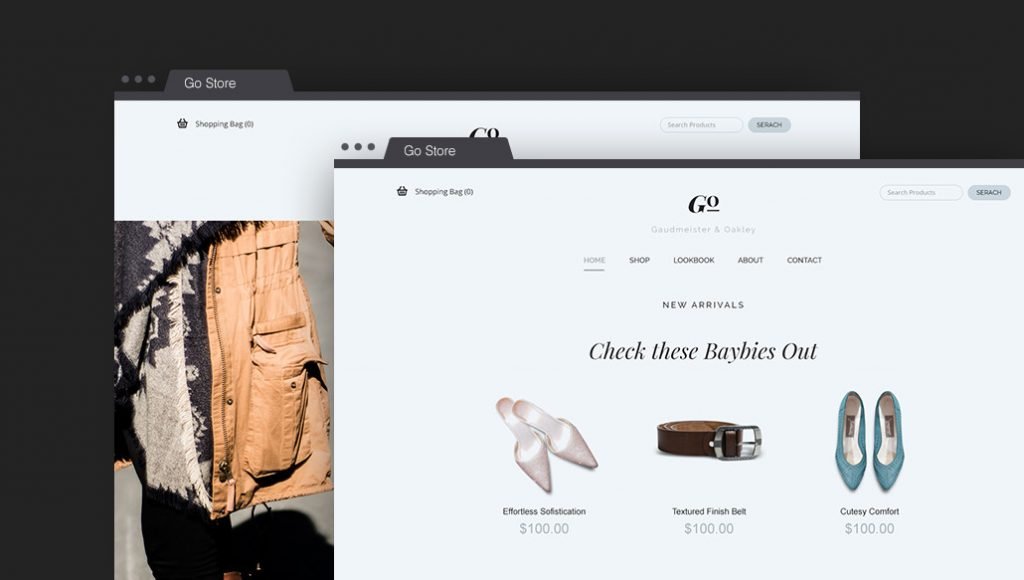 Sell Your Products with Webydo.[/caption] Of course, the website builder also offers all the features that are currently trending, including parallax, even in the 3D form, ghost buttons, galleries, and tons of other stuff. [caption id="attachment_102569" align="alignnone" width="1024"] 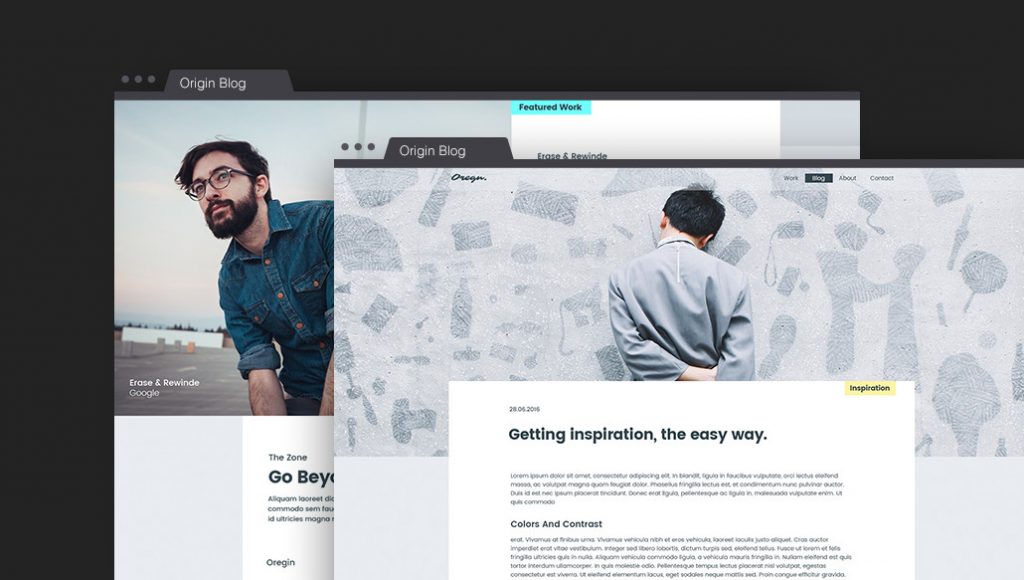 Strengthen Your Brand with a Blog.[/caption] In the on-site Webydo blog, you'll find explanations, inspirations, and general information on the Webydo feature set. The blog basically marks the link between the product and the wider design environment. [caption id="attachment_102570" align="alignnone" width="1024"] 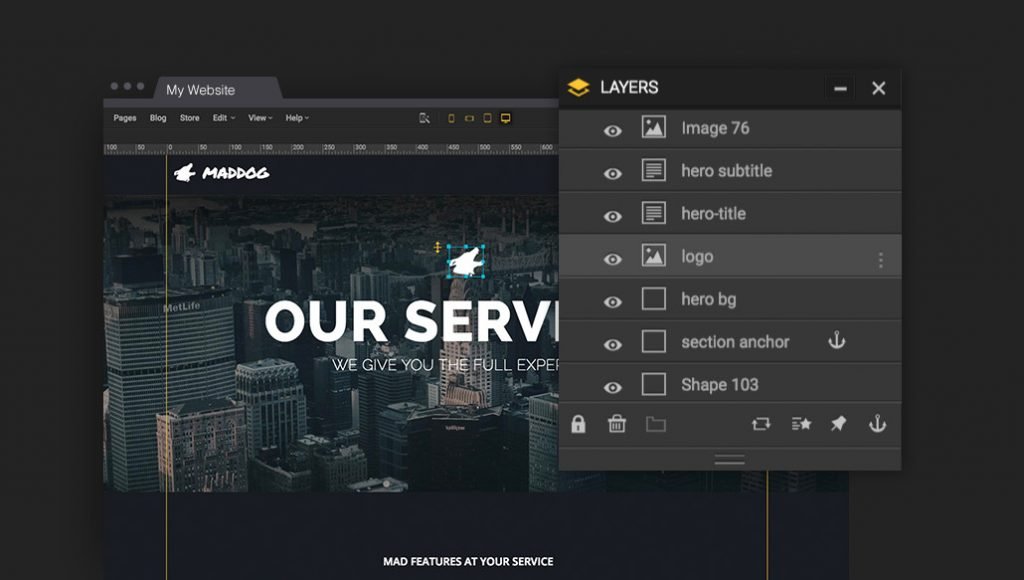 Webydo's goal is to not only help you with a design tool but also provide you with the best possible support when it comes to handling your business. It does this in different ways. First, Webydo gives you a very user-friendly CMS, enabling your customers to take care of his content on his own. In advance, you have already defined which areas they are permitted to alter in the layout. Next, Webydo allows you to brand the entire system. This way, none of your customers will ever see the term Webydo. This white-labeling is also possible for the CMS backend. There are almost no others in the branch that are that altruistic. To round out the feature set, you get to send bills for your services to your customers, directly from the backend. On this occasion, I should probably mention that all the traffic to, and away from Webydo is SSL-encrypted. While this is not one of the traditional services designers usually offer, it does belong to a complete website package: SEO, the search engine optimization. The integrated tools can even be used for that. Thus, the SEO basics are always covered.

Webydo's Knowledge Base Helps You Get Started And Going

As building a community had been a high priority from the beginning, Webydo was able to create an active, friendly following, willing to help you at any time. Webydo's support staff is also available 24/7 and even helps you through difficulties via live chat. An extensive video documentation educates you about all of the tool's aspects. For direct requests or individual problems, there are feedback forms, but also the old reliable phone line available to you. You can also suggest new features, report bugs, or upvote new features in the roadmap. In any case, you'll never be left alone. Webydo doesn't give you the impression that you're just any random customer. Here, someone seems to be legitimately interested in improving your business.

Webydo and the Prices

At the latest, a look at Webydo's pricing model will show you that this is not meant for the average consumer. Even the smallest package includes CMS and hosting for ten websites when used by one designer. The billing system is also included in the plan. With annual payment, you'll pay 75 USD a month. Starting with the team account for 150 USD, aside from thirty websites, the above-mentioned white-labelling is possible. Find other plans with higher limits on this site. At this point, you'll realize that choosing Webydo is not like choosing other tools. Webydo represents the aspiration to fully support you in your design business, making it an all-or-nothing decision. Of course, this is not easy to decide, and should always be looked at individually. However, there is nothing wrong with the feature set. If you don't know Webydo, you should definitely give it a try.

(Disclaimer: This article is sponsored by Webydo.)
68
SHARES
ShareTweetLinkedin

Home » Another Look At Webydo: Professional Websites Without Code