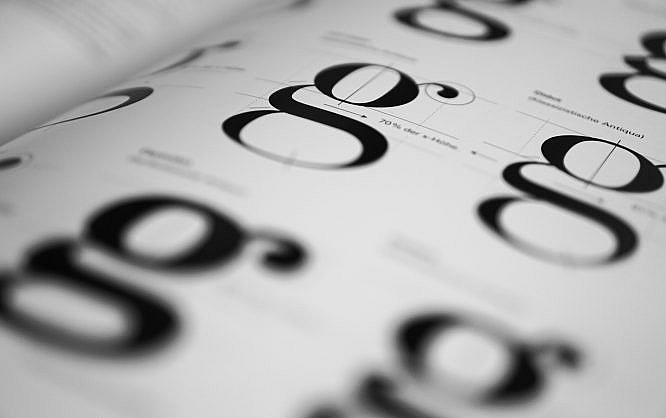 On BetterWebType, you can attend a free email class with ten lectures on better web typography. It's completely free and run by Matej Latin, the creator of the Gutenberg starter kit.

This is the slogan that Matej Latin will welcome you with on his website BetterWebType. Regular readers of Noupe already know Matej Latin. About a year ago, we gave you an in-depth introduction to his project Gutenberg here. Matej calls Gutenberg a "Meaningful Web Typography Starter Kit," which means that, by using Gutenberg in our projects, we are always on the safe side, without needing to put in an extra effort. Gutenberg takes care of the basics by itself. The project was created based on Sass. This allows you to work with mixins, providing your designs with a level of flexibility that would not have been possible without variable markup. While a starter kit can definitely help the clueless to avoid the roughest mistakes, solid knowledge is undisputedly better. Latin agrees with the founder of iA, Oliver Reichenstein, who said that web design is 95 percent typography more than ten years ago already. To account for this aspect, Latin considers it necessary for web designers and developers to upskill in this section more than ever. To make this possible, Latin offers a free class on web typography.

BetterWebType is not a disguised acquisition scheme with reduced usefulness, but a full-featured, actually free class in ten lectures. There are no charged add-ons, expansions, or other tricks either. BetterWebType is and, according to Latin, will stay free.

BetterWebType Covers the Basics and Exceeds Them

BetterWebType already has more than 3,000 subscribers. It covers all basics, including the question how fonts should be selected and combined; a problem that many people don't put enough thought into. Other lectures deal with ligatures, small caps, quotation marks, vertical and horizontal rhythm, and a lot more. The lectures are sent to you via email. The class takes ten days, with you receiving one lecture a day. [caption id="attachment_81761" align="alignnone" width="640"]

BetterWebType: Who Learns What? (Screenshot: Noupe)[/caption] The reading effort for each lesson is about five to ten minutes. At the end of each, you'll also receive more in-depth tips on what you learned. These can be articles, websites, or book recommendations. From time to time, you'll also be asked to solve a task. How much time you end up putting into the class is up to you. BetterWebType is made to allow both designers and developers alike to profit from it. Prior knowledge generally is not required, but complete cluelessness in HTML and CSS would definitely be a problem. For the participation, it is enough to tell Latin your first and last name, as well as an email address. Obviously, the email address should be functional, as that is where the lessons will go.
117
SHARES
ShareTweetLinkedin