268
SHARES
ShareTweetLinkedin
Each month, I bring to you a roundup of some of the best free themes released for self-hosted WordPress websites. Now that March has ended, here is this month's edition! March was a good month, as far as WordPress themes are concerned. With WP 3.6 just around the corner (expect it to be with you by late-April, if all goes well), many developers released new themes this month. The majority of the themes were meant for personal blogs or, surprisingly, tumblogs. This can be attributed to the fact that Twenty Thirteen, the upcoming flagship theme for WordPress, shall be supporting post formats and will feature a single-column layout. 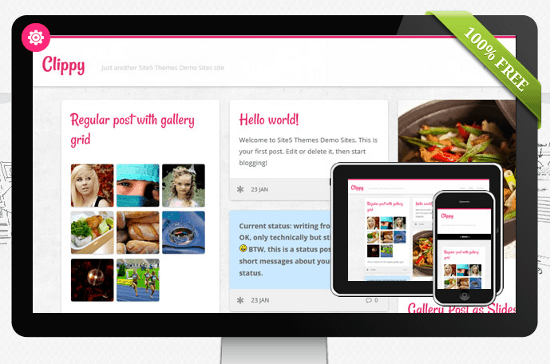 Most of the themes released this month were responsive: some were even retina-ready. A couple of them were based on Twitter Bootstrap, whereas Hybrid Core framework too did not lag behind. Enough talking! Let us go ahead and check out the themes, shall we?

Need more themes? Don't worry, I'll be back next month! Until then, feel free to check out the previous months' roundups: January & February, December, November, October and September! Oh, and don't forget to check out the Best of 2012. What do you think of these free themes? Have your say in the comments below!
268
SHARES
ShareTweetLinkedin