I Love You, WordPress! But…

256
SHARES
ShareTweetLinkedin
...There are certain things that I hate about you, sadly. Yes, I know, many WordPress users will disagree (some will already have started cursing me, even without reading this article). On the other hand, many non-WP users might be passing those *I-knew-it* smiles while reading this text. Perhaps you are one of them? In any case, my point behind this article is not to trash-talk WordPress. Trust me: I love WordPress! As a matter of fact, I use WP on many of my websites. Plus, I’m currently writing this article for Noupe, an awesome website that uses WordPress. In short: WordPress, I love you. However, there comes a time, when your loved one ends up doing certain things that you cannot stand. Forgive me if I sound melodramatic, but as far as I am concerned, present-day WordPress is doing many things that I do not like. *sigh*

Things I Hate About WordPress

With you still being with me, chances are, that you have a slight idea, even see some points by yourself that I’ll be mentioning here. Maybe you have created a small list of your own? Serialized data? Global functions? Permission settings? Cluttered database? Actually, I’ve learned to live with all of that: each CMS has its own way of creating and doing things, and you cannot expect every developer to master everything. In other words, I have not many complaints related to the WP code. No matter in how good or bad shape it might be, I’ve learned to use it, and I’ve gotten used to it. 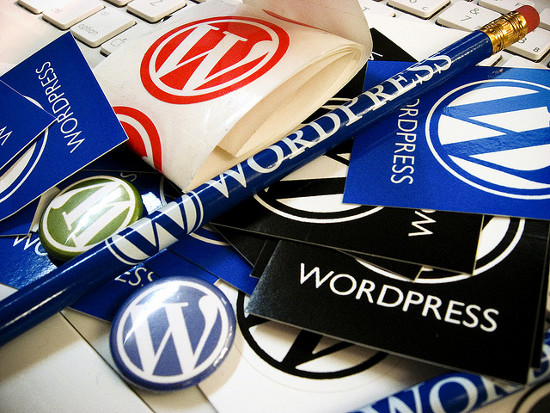 *Image Source What about the post editor? It surely is a pain, isn’t it? A good number of us dislike the new Media Manager for sure, don’t we? Once again, let’s just leave the Media Manager and TinyMCE alone. What exactly do I hate about WordPress then?

If you’ve paid close attention to the distraction-free editor in its initial stages, you will have noticed the text at the bottom of the screen -- “Just Write!”. As I noted in one of my previous articles, back in 2009, I migrated from Drupal to WordPress. Back then, WP offered me simplicity and ease of use. Sure, I could never give up Drupal completely, and I still like it, but WordPress offered me something Drupal didn’t -- speed and agility. Drupal was bloated, WordPress was not. [caption id="attachment_73978" align="alignnone" width="550"] "Just Write"?[/caption] *Image Source However, looking at WordPress 3.5, I know one thing for sure: WordPress is no longer the bloat-free software that it once used to be. If you’ve been watching the evolution of WordPress down the ages, you will have noticed that the speed and swift operation that WP was once known for, is continuously being sacrificed at the altar of each new release. My response? Wherever possible (or necessary), use less bloated CMSs, such as Habari or Radiant, or even Concrete5.

2. Who (or What) is the Target Audience, Again?

WordPress began as a blogging platform, and not essentially a CMS. However, owing to its awesomeness, it soon established itself as the world’s most popular CMS. Make no mistake about it: I strongly feel that WP deserves its #1 spot. Naturally, as the world’s apex CMS, WordPress has to cater to a diverse array of users. Its target audience includes geeks sitting in their basements, as well as grandmothers attempting to create a picture gallery on their blogs. However, the ‘average’ WP user is neither a geek nor a true newbie. He/she is, in fact, somewhere in between the two levels of expertise. [caption id="attachment_73982" align="alignnone" width="550"] 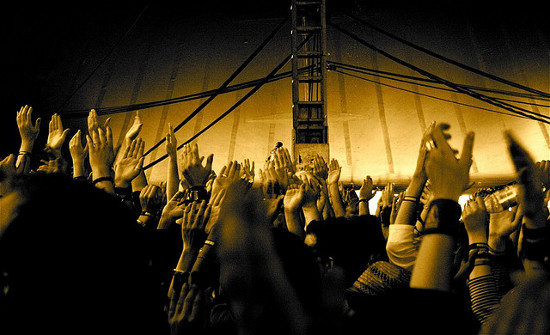 Figuring Out WP's Target Audience...[/caption] *Image Source Time and again, I have classified the primary users of WordPress as under: Now, WordPress is making good attempts to please its audience. Twenty Twelve features a custom homepage that probably caters well to a corporate or business look, whereas the new Media Manager allows easy creation of galleries, which might be a blessing for portfolio users and artists. However, in the midst of all these changes, whatever happened to the bloggers’ CMS? Even the trends in WP themes present a dismal picture, which brings me to my next point!

Minimal, gorgeous, responsive, ah... I so love ‘em! However, not everything is fine. When it comes to WordPress themes, there is one minor trend that keeps troubling me. All of them talk in absolutes -- even worse, a majority of them assume that you won’t probably need to change the theme, ever. Don’t believe me? Picturize this: grab any portfolio WP theme from ThemeForest. In all likelihood, it must be having custom post types, such as Portfolio, to distinguish your portfolio items from blog posts. All looks good: install it, configure it, and behold! You have a wonderful portfolio. Now, what if you ever need to change the theme and install, let’s say, a non-portfolio theme? Crash! Your custom post type goes away with the theme, and so do your portfolio items. Oh yes, they are still there somewhere in the database. But that’s all there is. Re-install the original portfolio theme, and you’ll have them back. Sounds fun? Nope. 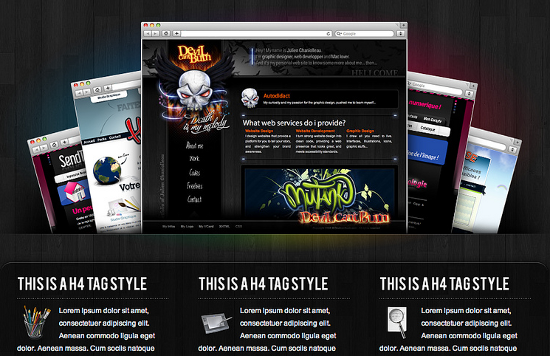 *Image Source Similarly, let’s say, grab an awesome tumblogging theme for WP -- you know, the type that makes use of post formats like Aside and Quote? In all likelihood, instead of making use of the native support for video URL embeds in WordPress, these themes have their own custom boxes, just to add that ‘extra’ gorgeous appeal. Once again, change the theme, and poof! Your website is shattered. Ideally, support for custom post types should come by means of plugins, and not themes. However, considering the fact that the trend is to have such post types within the theme, no theme developer will bother risking it (the buyers are at fault too: a good number of casual users just grab one $35 theme from ThemeForest, and if that theme has some complexity such as a special plugin for XYZ function, it won’t be considered). My response? Use themes that work out of the box: especially ones by Konstantin Kovshenin, or Dessign.net, or Devpress.

I’ll keep this one short and simple, because chances are, if you have tried it, you know it, and if you haven’t, you won’t believe it. Also, if you’re using XML to migrate websites and your images and other media content are saved in a bullet-proof vault courtesy of some third-party mechanism, you won’t be interested in this section either. Ever lost access to your WP back-end, and then tried to migrate web hosts? Possibly by getting a copy of your database, and then migrating it to the new server? Because, after all, WP stores all its stuff in the database, doesn’t it? Yes, that can work. Just make sure, you will need to replace the old site URL with the new one. 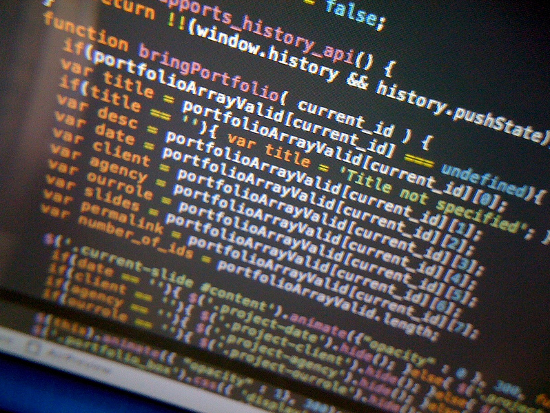 *Image Source Right. WP stores the site URL, homepage and domain link, etc. as absolute values in the database. Migrate your web host, and literally, search the database for URLs. Also, as a side-note: switching blogs does not mean the same thing as switching tables, does it? Look at this almost three year-old issue. My response? Thank you God, for giving me the brains to learn some SQL.

5. How Many Plugins Does A Man Need?

Note: Credit for this sub-title. The WordPress plugin repository is full of, well, plugins! SEO, security, anti-spam, gallery -- you name it! There are hundreds of plugins for each function. Yet, how many of them are actually worth the time? So, which plugin do you use for SEO? Yoast SEO or All in One SEO? You probably know that very few SEO plugins are worth the time, and this helps you in deciding which one to employ. But what about a new user? A repository search for “seo” will give him/her 20 results. Which one to opt for? [caption id="attachment_73981" align="alignnone" width="550"]

WP Plugins: Problem of Plenty?[/caption] *Image Source I agree: the Favorite plugins concept in WP 3.5 is a step in the right direction. But would it not be helpful if the repository was cleared of some old and almost-extinct plugins? Considering the fact that WP now offers post formats as a native feature, what’s the purpose of having WooTumblog plugin in the repo? <rant>On a personal note: why do you insist on giving me Akismet and Hello Dolly? I use neither of them.</rant> My response? What response? I rarely use plugins, with the exception of Yoast SEO and few developer ones.

If I may say so, I’ve never been loyal to one name when it comes to software. I began with MS Windows, but soon went on to Linux; used multiple Linux variants (actually, I used to changed my Linux distro every three months or so), and finally settled with DragonFly BSD. I use an Android phone, though I have every plan of shifting to Firefox OS as soon as it is released. When it comes to CMSs, I’ve used almost 50 of them, the good, the bad and the ugly. Still, if I were to enlist my favorite 5 out of them, WordPress would surely get a mention. And then, when I look at the points mentioned above, it troubles me. I’m probably not hurt or offended, but I surely am annoyed with such trends. There is a reason why WP became the world’s most popular CMS, and amidst such trends, I think that very reason is being lost somewhere. What are your thoughts? Should WP themes have absolute scope for custom post types? Are you happy with the zillions of plugins in the repository, or would you want a filtering mechanism? Have your say in the comments below! (dpe)
256
SHARES
ShareTweetLinkedin

Home » I Love You, WordPress! But…