201
SHARES
ShareTweetLinkedin
Another month lies behind us and here is April's edition of free WordPress themes for self-hosted websites! April did not see many new free themes being released -- there were several older ones that were updated, though. This can be attributed to the fact that WP 3.6 is just around the corner, and developers might be waiting for the final version to be released, before plunging into their coding pools and churning out newer themes. Yet, whatever small number of themes that were released this month -- they surely did not disappoint! Twitter Bootstrap once again emerged as the favorite framework for creating themes, and personal blogging themes dominated the scene. Minimalism and responsive design were in the majority, and Snaps by Graph Paper Press seems to be the top free release of April. 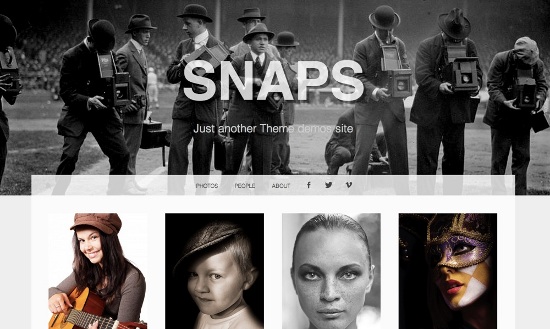 If you need more themes, check out the previous installments: March, January & February, December, November, October and September! Also, don't forget the best of 2012 collection. I'll see you next month with even more awesome free themes. Until then, make sure you leave your feedback in the comments below! (dpe)
201
SHARES
ShareTweetLinkedin