All of Us are Students: Interview With Designer and Podcaster Tim Smith

1
SHARES
ShareTweetLinkedin
For years Tim Smith has been vocal part of the design community. From the various projects and blogs that he has been a part of, to the even more literal interpretation of him being a part of the community as the voice behind the design and development related podcast, The East Wing. His enthusiasm and insights make him a valuable asset to the community, but beyond that, they make him an inspiration to all of those in this ever evolving field of web design. We had the opportunity recently to turn the tables on Tim, and put him on the other side of the interview. He was gracious enough to take time out of his busy schedule to provide some of his insights for noupe's readers. Below are the answers he shared. 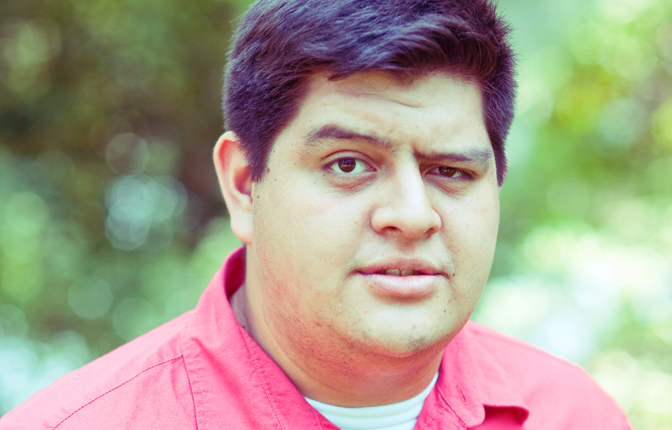 Thanks again for agreeing and taking the time to answer these questions. So Tim, if you don't mind, take a moment and introduce yourself.

Thank you! It's a huge honor! My name is Tim Smith and I'm a Designer, Talker and Coffee Addict. I also run a small podcast called The East Wing, a podcast that talks about design with some very smart people.

Who are some of your biggest influences in web design?

This is always a tough question for me. I have a lot. I'd say anyone I've had or will have on The East Wing. Carl Smith, Jason Van Lue, Tim Van Damme, Janna Hagan, Aarron Walter and the list goes on. The way they think inspires me. They help me approach projects and design from a new angle, keep focus on the details and always remember that I design for people and that their experience with what I'm designing is of utmost importance. 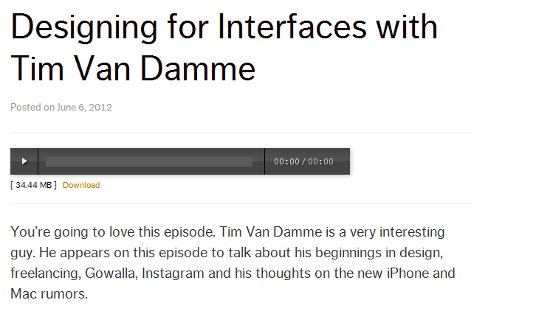 You've been working in design and part of the online community for several years now, in your opinion, what have been the best developments and worst developments in the field since you first dove in?

I think for the most part, they've been great developments. I'm glad to see that design isn't being seeing as decoration and that we as designers have been urged to recognize problems, assess personal and business goals and create designs that meet these goals. This has brought on new ways of thinking like responsive web design, designing for mobile and injecting emotion into designs. All of these developments come from knowing that our job extends far beyond making things beautiful. We want to make websites that are functional, accessible and alive. As we move forward, I've been doing a lot of thinking around constructive criticism and critique. In fact, I talked with Aaron Irrizary and Adam Connor about this on The East Wing.

Given your proclivity for radio, The East Wing is something of a natural step for you. How did the show come about?

Well, a podcast is something I had been trying to start. I had two failed attempts to start one and now that I look back, I'm glad it worked out the way it did. It gave me time to think about a solid idea. The show was the result of me wanting to educate myself more. I realized that there are so many smart people doing some amazing things in our field and I wanted to talk to them. My point was never to establish myself as an expert, but more as a student. I love the opportunity to pick the brains of these people and it makes me very happy to see that there are people who enjoy the show and listen to it every week. I'm very grateful to the listeners. 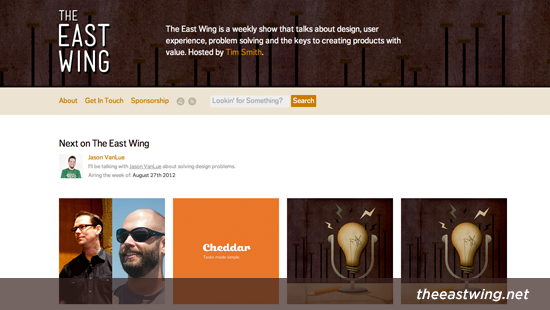 It depends. Sometimes, I want to cover a particular topic so I contact a person who I know is well versed in it. Other times, I like someone and have been following their work and would like to know more about them and how they do what they do. For the most part, I only get the guest talking. It's all them for there. Everybody is passionate about something, the art is finding the string so as to pull it.

With so many steps to the design process, what would you consider the most important? Why?

That's a tough one. My gut feeling is to say each one and that would be true. You can't do a good job by skipping steps. I do believe that a part of the process that get's neglected is user experience. Unfortunately, some designers have the mentality that it's not their job, but that of the "UX Designer". I say that's false. Wireframing, user testing, information architecture and more are all things a designer should be involved and actively participating in. This stage of the process is crucial and drastically affects the success of the project. I wrote an article about the importance of wireframing(http://timlikestowrite.com/the-importance-of-wireframing) actually. 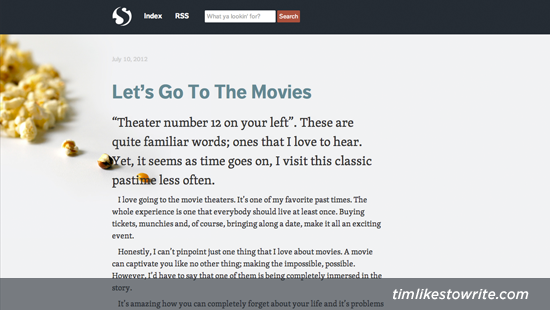 What do you think that the design field's biggest strength is? What does the field really have going for it?

Community. Although as in every place, there are jerks, I have never met such a friendly and willing to help group of people. I would've learned so many things the hard way if it hadn't been for the openness of a lot of designers and developers. Not to mention, when I first started The East Wing, the guests were really nice and didn't hesitate in coming on. I hadn't published my first episode and I already had 7 guests lined up.

In that same respect, what do you think that the field's biggest drawback or weakness is?

I think it's constructive criticism. We have to get better at this. It's usually one of two things. 1) Everybody loves something. 2) Everybody hates it. This helps no one. "Good job", "Awesome" and similar things don't really help people get better. Neither do statements like "Wow, this is ugly". I think we should be helping each other with solid critique without ridiculing anyone. We make our community stronger and it helps us all put out amazing work. 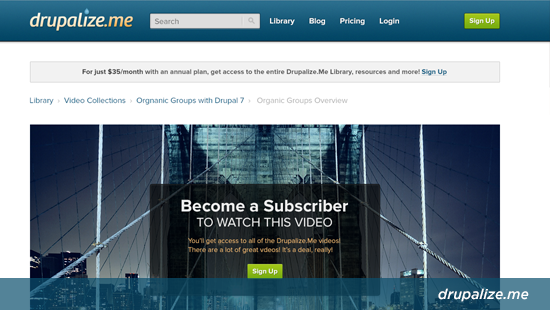 You work on a project that promises to teach Drupal to users, which is a slight change with WP monopolizing so much of the market. What would you say are some of the draws to Drupal that the average user/designer overlooks?

Well, it's a different type of problem. At Lullabot, where I used to work, we were solving complex editorial problems for huge companies that had a staff of writers, editors, managers and Editor-in-Chief. Drupal does extremely well with handling a variety of types of content and contrary to popular belief, scales very well. Lullabot has been doing the Grammy website for four years now and not once has it been down on event night. The way I see it, WordPress and Drupal are just tools. It's a matter of deciding what's the appropriate solution for a project.

People talk all the time about how 'we learn something everyday'. What have you learned recently that has impacted your workflow or usual methodologies?

Fireworks and "box-sizing: border-box;". They've changed everything for me recently. I use Fireworks to create wireframes which is a helpful tip from my pal, Jared Ponchot. It's really fast and doesn't make your wireframes ugly like OmniGraffle. The other tip has been really useful. I hated having to calculate the padding into the final width/height of a box. I hate math in general. That's been a huge time saver. 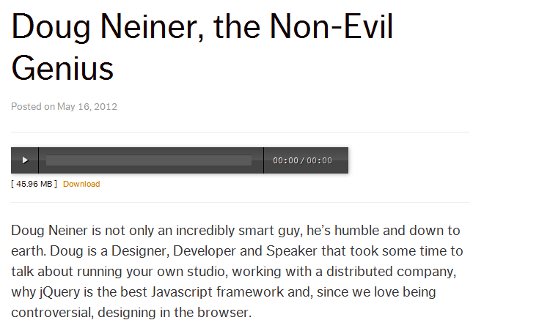 Speaking of learning, what is the one thing you wish someone had told you before you got into the design game?

First off, I'd like to say I wish there was the Student's Guide to Web Design when I was a student. I would also say that my recommendation is to be honest about who you are and where you're at in your career. There is no shame in saying you're a student or that you're just starting out. All of us are students. If we don't constantly have a hunger to learn, the web is going to leave us behind. Talk to people. If you like this interview, talk to me. I'd be more than happy to help out with questions or problems.

After watching the web design field evolve over the years, what do you expect to see in the future of the web?

I'm excited to see more and more an acceptance of mobile. Not from our side but, from the client side. We're all on board but I look forward to seeing more and more people out of our circle embracing it and investing in better solutions that span different screen widths and devices. It's a huge learning process, we're all learning on how to organize and display the many different types of content appropriately. 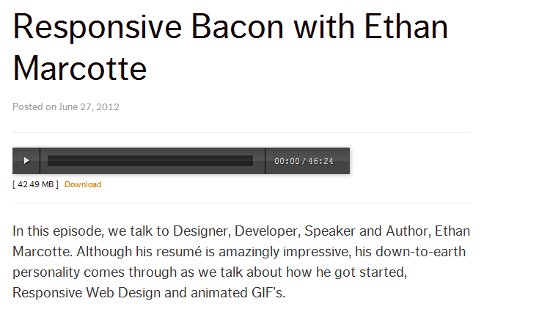 Speaking of the future, what can we expect to see from you in the future?

That's a good question. I want to see myself grow more as a designer. Hopefully be of more help to others by means of my podcast and my writing and also do some speaking. If you haven't noticed, I love to talk so I'd welcome that opportunity. Other than that, time will tell.

That closes this interview with Tim Smith, but you can get more from him and the design community through his blogs Timothy B Smith, Time Likes to Write, and the podcast The East Wing. Share your thoughts on the collected insights shared throughout this interview in the comment section below. (dpe)
1
SHARES
ShareTweetLinkedin

Home » All of Us are Students: Interview With Designer and Podcaster Tim Smith