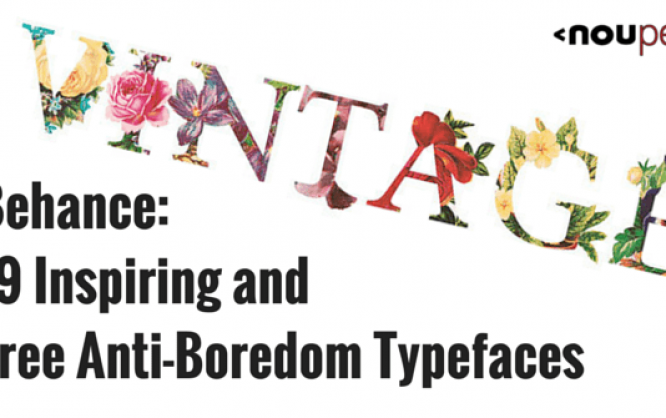 Behance, the creative network operated by Adobe, has always been a great place to find inspiration. Many designers and illustrators present free and contract work, including typefaces that can be used productively. Many of these are free, and some are even quite elaborate. 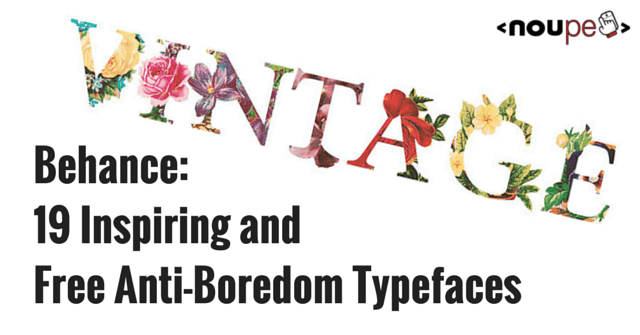 Typefaces for Everyday Use

Especially free typefaces for daily needs are not always easy to find – and this applies in particular when you try to avoid the usual suspects like Open Sans. Free typefaces often provide only a few fonts and a negligible character set. However, many typefaces on Behance are well suited for everyday use.

The sans-serif “Bariol”, created by the Spanish design studio Atipo, is a beautiful typeface that has a very special character. “Bariol” impresses with its curves and prosaic style and also provides some ligatures. 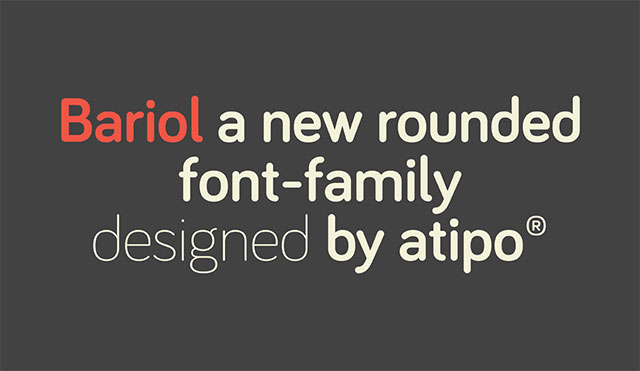 The standard and italic font are available on the cheap. You can pay via tweet or Facebook post. Other fonts – there are eight in total – start from €3. It’s up to you if you want to pay more than €3. “Bariol” also provides an icon font with 52 icons that are also for free in the basic version. 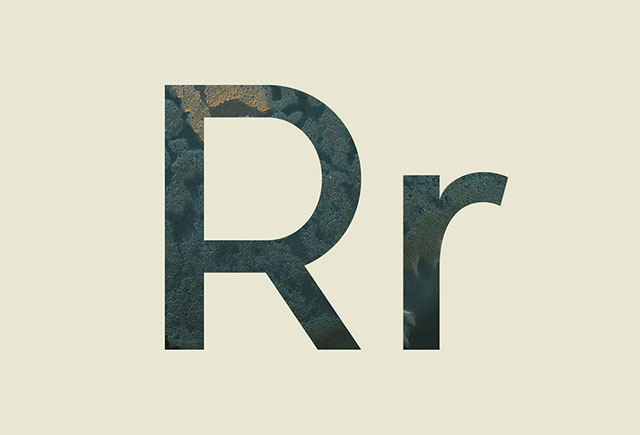 Besides unusual typefaces, there are also classic ones like Caslon or Baskerville. Many commercial typeface providers offer these. 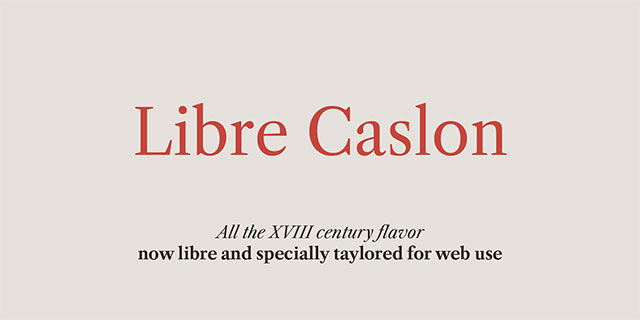 Pablo Impallari released two of the best-known baroque typefaces under the Open Font License. Both typefaces, “Libre Caslon” and “Libre Baskerville”, provide a regular, italic, and bold font. They’re available for more than 100 languages, including German. Since it’s an open-source typeface, it provides free source files. 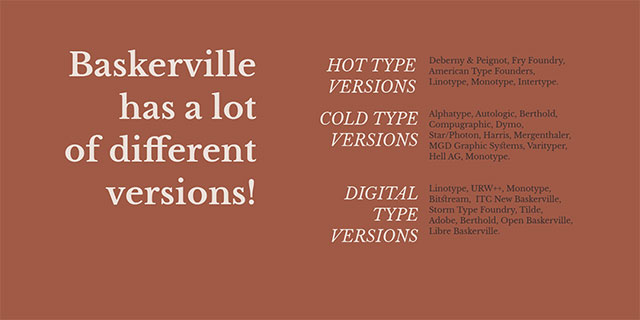 Besides free everyday fonts, Behance also offers unusual typeface drafts and usable typefaces that are primarily suitable for headings. “Sketchetik”, for example, is a typeface that looks like it was hatched with a pencil. 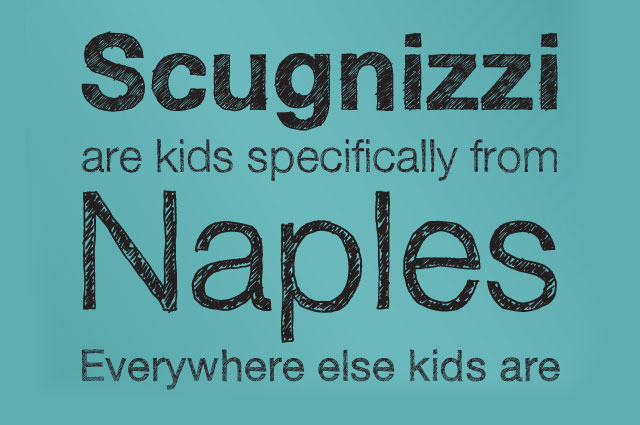 It was designed by the Finn Ossi Gustafsson and provides five fonts in total, with the light version being for free. The other fonts can be purchased at the commercial provider MyFonts.

Also unusual is “Adamas” by the Romanian Octavian Belintan. The typeface, which is only available as majuscule font, builds on an uneven grid that conveys a somewhat three-dimensional impression. There is only one font, which is however for free. 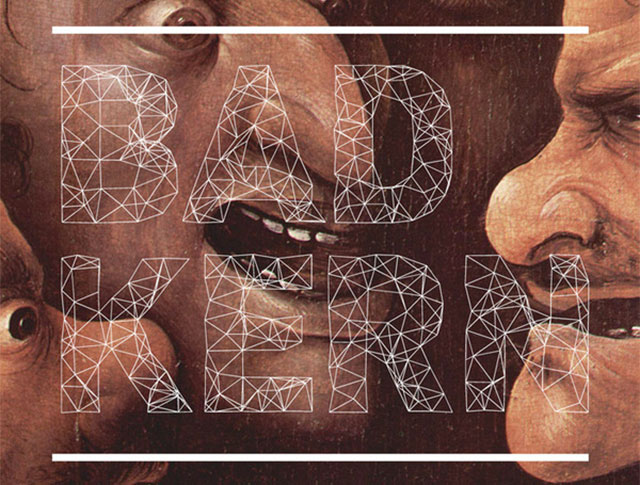 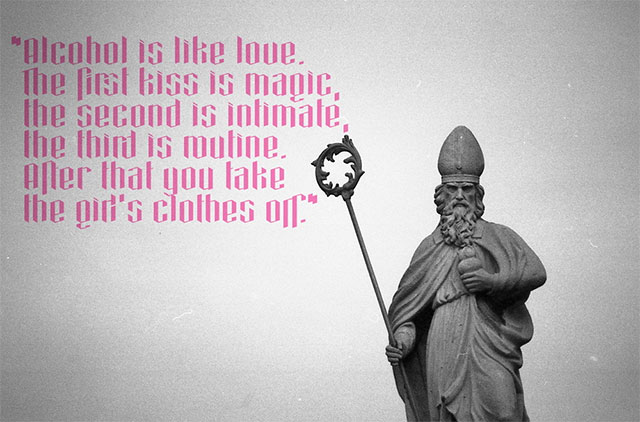 “Hexa” has only one font and is for free.

If you prefer a hand-written style, you will probably love “Nickainley” by the Indonesian Label Senios Studio. 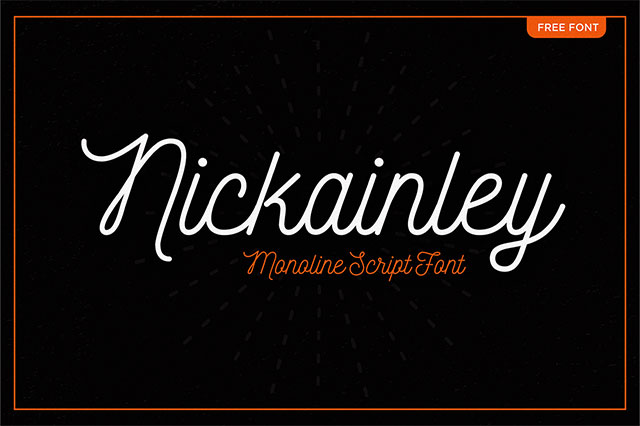 This typeface only provides one font, but it has very nicely designed letters – especially capital letters stand out. On the downside, it has a very limited amount of characters. You won’t find special characters like German umlauts. The font suits well for headings and logos. 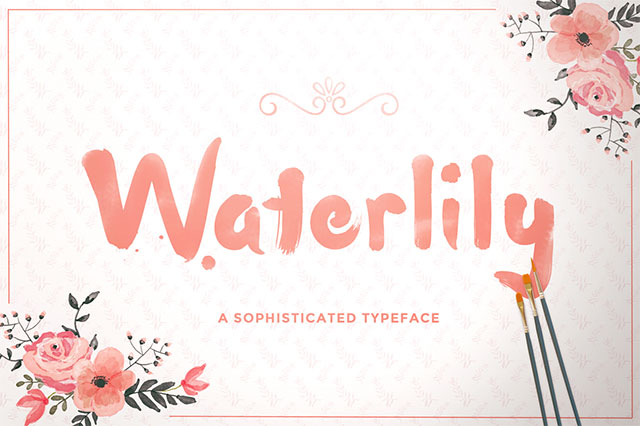 “Waterlily” is another stylish handwritten typeface. As the name indicates, it recalls a typeface written with a brush and watercolor. It looks pretty good, especially when using pastel colors. “Waterlily” was designed by “The Hungry JPEG” from the US. This font also suits well headings. 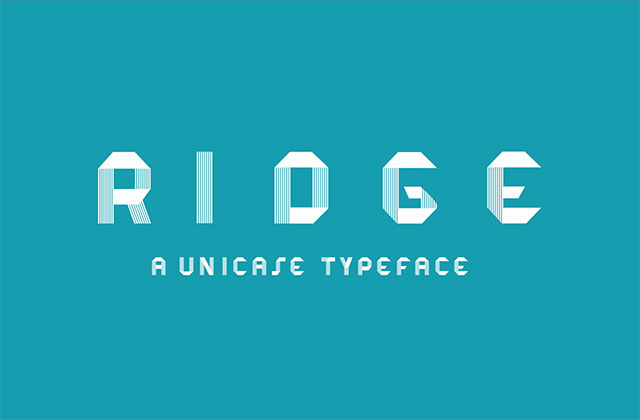 Another typeface that suits more headings and logos is “Ridge”. Each letter seems to be made of a small ribbon that was folded to a letter. “Rich” only provides capital letters, is, however, for free. 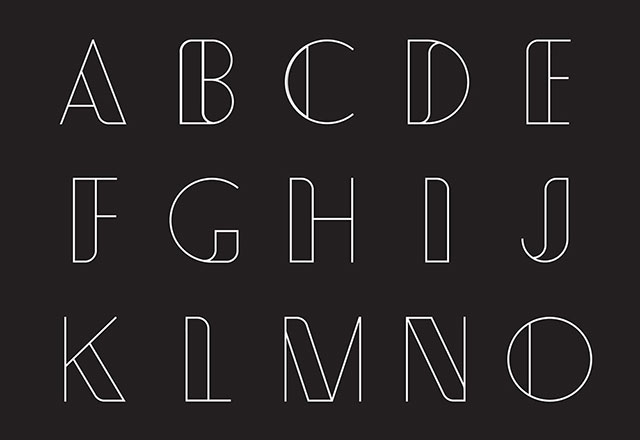 The geometric “Typometry” by Emil Kozole from Slovenia was originally a school project. The letters are designed as outlines and form partly unusual contours. While the letters of the original typeface are available only as EPS and PDF files, the reworked typeface is available as this – it’s not for free, though.

You’ll find a lot of open source typefaces on Behance, many of which are not as well developed as, for example, “Libre Caslon” or “Libre Baskerville”. They often come with only one font, limiting a productive use. This, however, allows ambitious designers to develop the typeface further and to their needs because the source files are mostly in the typeface’s download folder. 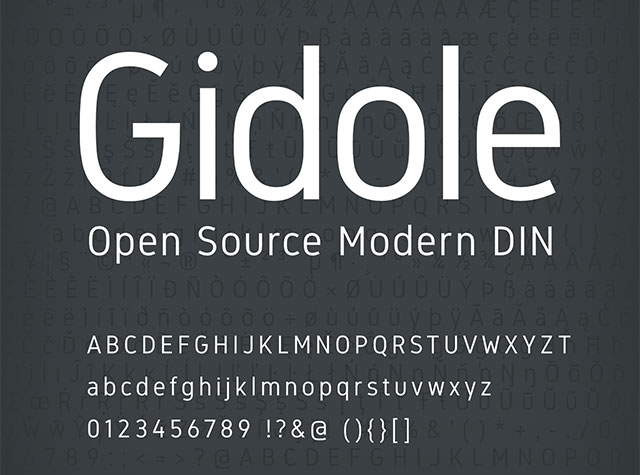 One of these is “Gidole”, a free typeface created by the Danish designer Andreas Larsen. He calls it a “modern DIN”. Although it’s only available as regular font, it’s well developed and provides a lot of special characters. 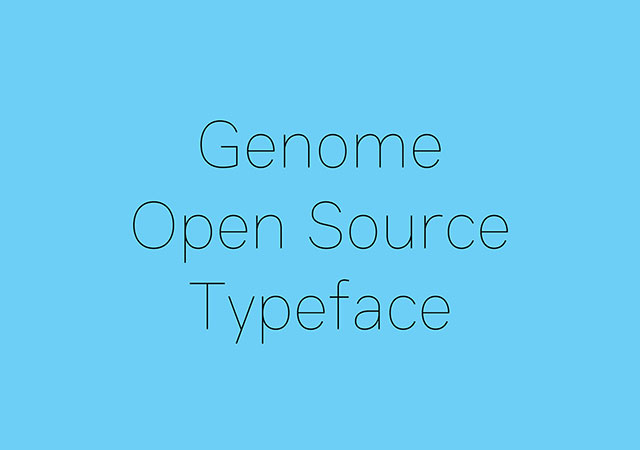 The sanserif and straightforward “Genome” typeface by Alfredo Marco Pradil from the United Arab Emirates is also only available as “Thin” font, but it has a really good character set. It supports many languages, including German.

Andreas Larsen and Alfredo Marco Pradil have developed more than only one open source typeface, so it’s worthwhile taking a closer look at their Behance profiles.

The third open source typeface is the serif typeface “Aleo” by the Austrian designer Alessio Laiso. It has six fonts in total making it a more elaborate open source font.

“Quicksand” by Andrew Paglinawan from the United Arab Emirates is a sans serif, curved typeface, which is available in six fonts. It’s well elaborated and provides special characters as well as some ligatures.

“Aleo” and “Quicksand” suit perfectly as everyday typeface due to their fonts and the comprehensive character set.

Most typefaces are available as classic desktop fonts and rarely as web fonts. However, open source typefaces can be converted into web formats. You can use the Webfont Generator by Font Squirrel. It turns desktop fonts into web fonts of all standard formats.

Not every typeface on Behance is intended or even appropriate for a productive use. The special design of the characters – the integration of drawings and images – makes it at the very least difficult to use it as a typeface. Still, these typefaces show how playful and artistic typography design can be. 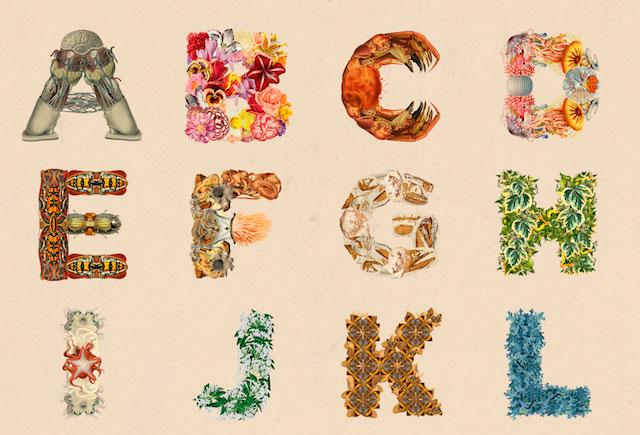 The Behance member “Yes I do concept” released an alphabet under the name “Antropoamórfico” with characters made of insects, flowers, or the human anatomy. 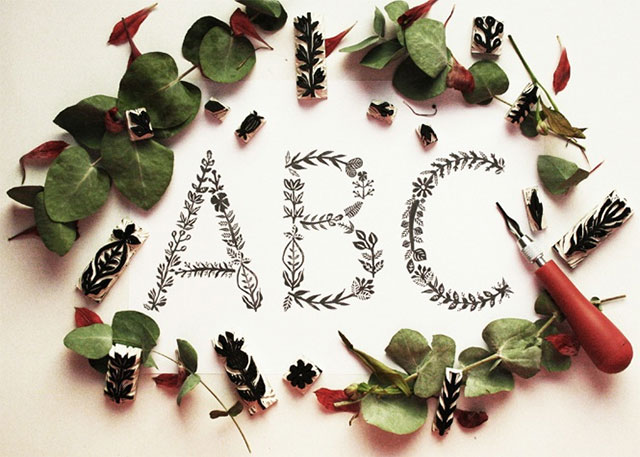 Another example is the illustrative “Floral Stamp Typography” by the Greek Meni Chatzipanagiotou who created stamps with floral patterns via linocut. She used those stamps to stamp her alphabet.

“Vintage & Eroded Font” can’t be installed as typeface either. It’s a floral typeface with flowers growing out of the letters. That’s the reason why it doesn’t work as a classic typeface; however, it’s nice to look at. All characters can be downloaded as a TIFF file allowing you to build at least short texts and headings. 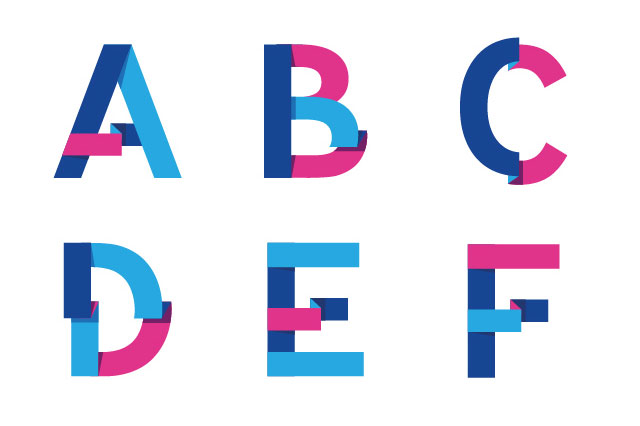 Not illustrative but still unusual is the project “SDA Typography” by Fran Méndez from the UK. His characters are composed of ribbons that have kinks where you wouldn’t expect them but which create a three-dimensional effect that is supported by shadows.

There’s no “SDA Typography” file you can download. It’s “only” for inspiration purposes.

This is only a small selection of typefaces you can find on Behance. The 19 I picked out for this article show how diverse typefaces can be and how exceptional the use of typography can be.

Therefore, it’s worth searching explicitly for a typeface on Behance – even if you need an uncommon typeface. In any way it won’t harm if you spend some (more) time in the creative network.